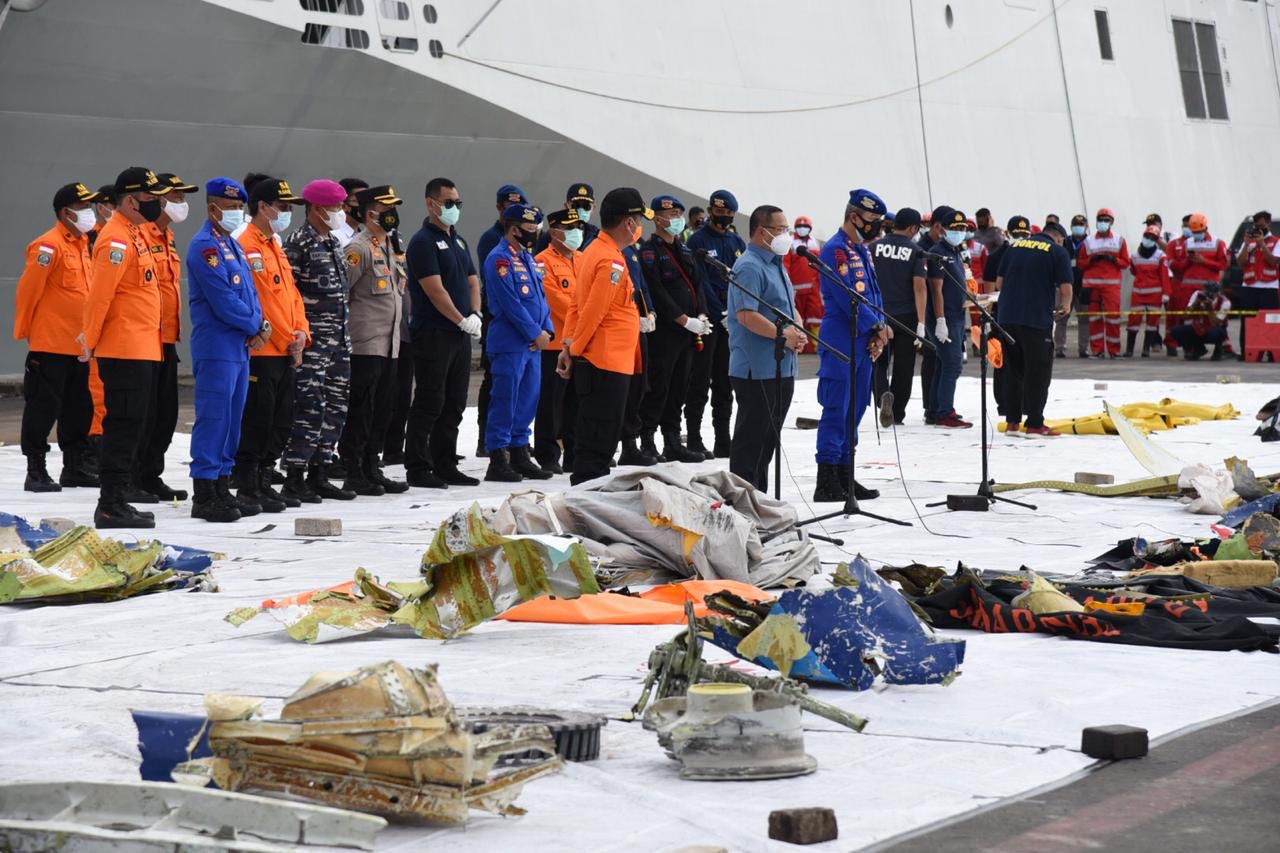 Sriwijaya Air Flight 182 experienced a thrust imbalance prior to going down in the Java Sea on Jan. 9, 2021, according to the preliminary accident report issued by Indonesia’s Komite Nasional Keselamatan Transportasi (KNKT/National Transportation Safety Committee) on Wednesday. Data from the Boeing 737-500’s flight data recorder (FDR) showed that the thrust lever for the aircraft’s left engine started reducing while the thrust lever position of the right engine remained the same as the aircraft climbed through 8,150 feet shortly after takeoff from Jakarta’s Soekarno–Hatta International Airport (CGK). The trend continued as the aircraft reached 10,900 feet, at which point the autopilot disengaged and the aircraft rolled left to more than 45 degrees. When the autothrottle disengaged five seconds later, the 737 was at a 10-degree nose-down pitch angle.

The aircraft crashed at 2:40 p.m. local time, approximately four minutes after takeoff. No emergency communications were received. All 62 people onboard were killed.

Maintenance logs show that the aircraft’s autothrottle had been reported as “unserviceable” twice prior to the accident, once on Jan. 3 and once on Jan. 4. Work was done on the system and post-maintenance tests using the built-in test equipment (BITE) came back good each time. At the time of the accident, the captain had logged 17,904 flight hours with 9,023 hours on the 737. The copilot had 5,107 flight hours with 4,957 hours on type.

The search for the cockpit voice recorder is ongoing, as is the overall investigation. KNKT says it intends to focus its investigation on areas including understanding the cause of the split thrust levers, reviewing the history of the autothrottle system serviceability and maintenance records, reviewing pilot performance and training on upset prevention and recovery, and looking at human factors and organizational issues. The U.S. National Transportation Safety Board (NTSB) and the Transport Safety Investigation Bureau (TSIB) of Singapore are participating in the investigation.