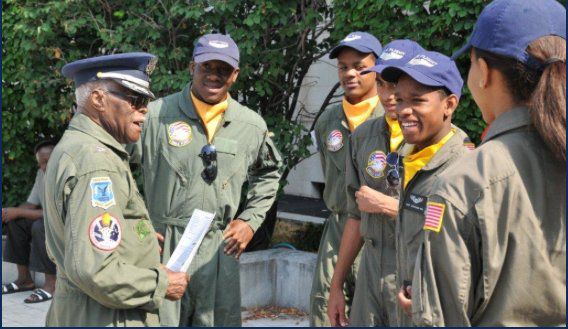 Like a punch drunk fighter, I’ve grown accustomed to daily press stories about general aviation that either excoriate the industry-USA Today, for example-or cover the subject with such shallowness that it’s laughable. I think all of us have learned to roll with the blows and hope tomorrow brings better.

On NBC News last night, it did. Correspondent Ron Mott, who is a pilot himself, filed this nice little featureon a learn-to-fly program for minority kids in New Jersey. Except the learn-to-fly part of it is somewhat peripheral to the underlying purpose, which is to offer young students a challenge they can meet as a means of learning the basic life skills of problem solving, persevering and succeeding. Aviation is merely the vehicle. In a mere 2:15, Mott and his shooter and editor got that across with admirable clarity and brevity.

The program is called Eagle Flight Squadron and although it has been covered before, I can’t recall having heard much about it myself. Here’sthe organization’s website. It was founded by Rev. Russell R. White in 1975. A former truant officer, White realized that traditional methods of keeping kids in school and engaged didn’t work well as a tool to break the cycle of poverty that plagues so many U.S. inner cities. His idea was a quasi-military approach that overlays a cadet structure on the flight syllabus. The program claims hundreds of graduates, many of whom have gone on to professional flying careers.

In perusing the group’s website, I couldn’t suppress the feeling that it’s almost a 21st century version of the Tuskegee Airman in an era when many of us believe-mistakenly-that the prejudices and economic barriers the Tuskegee veterans confronted have long since passed into history. I’ve included the two photos here that gave me that feeling. You can decide for yourself. Oh, and I sent the group a contribution. I’d urge you to consider doing the same.

Join the conversation.
Read others’ comments and post your own.