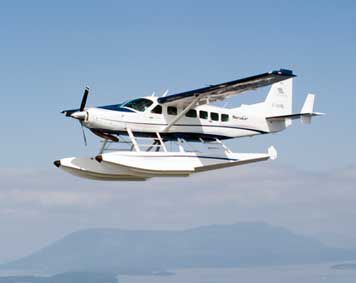 It’s been an especially deadly year for floatplane operators so far as Canadian authorities investigate a Cessna Caravan crash that killed four of the nine occupants. The charter operated by Seair of Richmond, near Vancouver, was flying from Port Hardy on northern Vancouver Island to Calvert Island, off the central coast of British Columbia, when it went down in rain and low cloud on Addenbroke Island, which is adjacent to the destination island. Identities of the victims have not been released. The crash site is in a remote area popular with nature and fishing tourists.

Friday’s deaths bring to at least 25 the number of people who have died in at least seven floatplane crashes in North America since May. Most have been charter operations. Transport Canada and the Transportation Safety Board will investigate the latest crash. Seair, the operator, suspended flights on Friday but resumed service on Saturday.