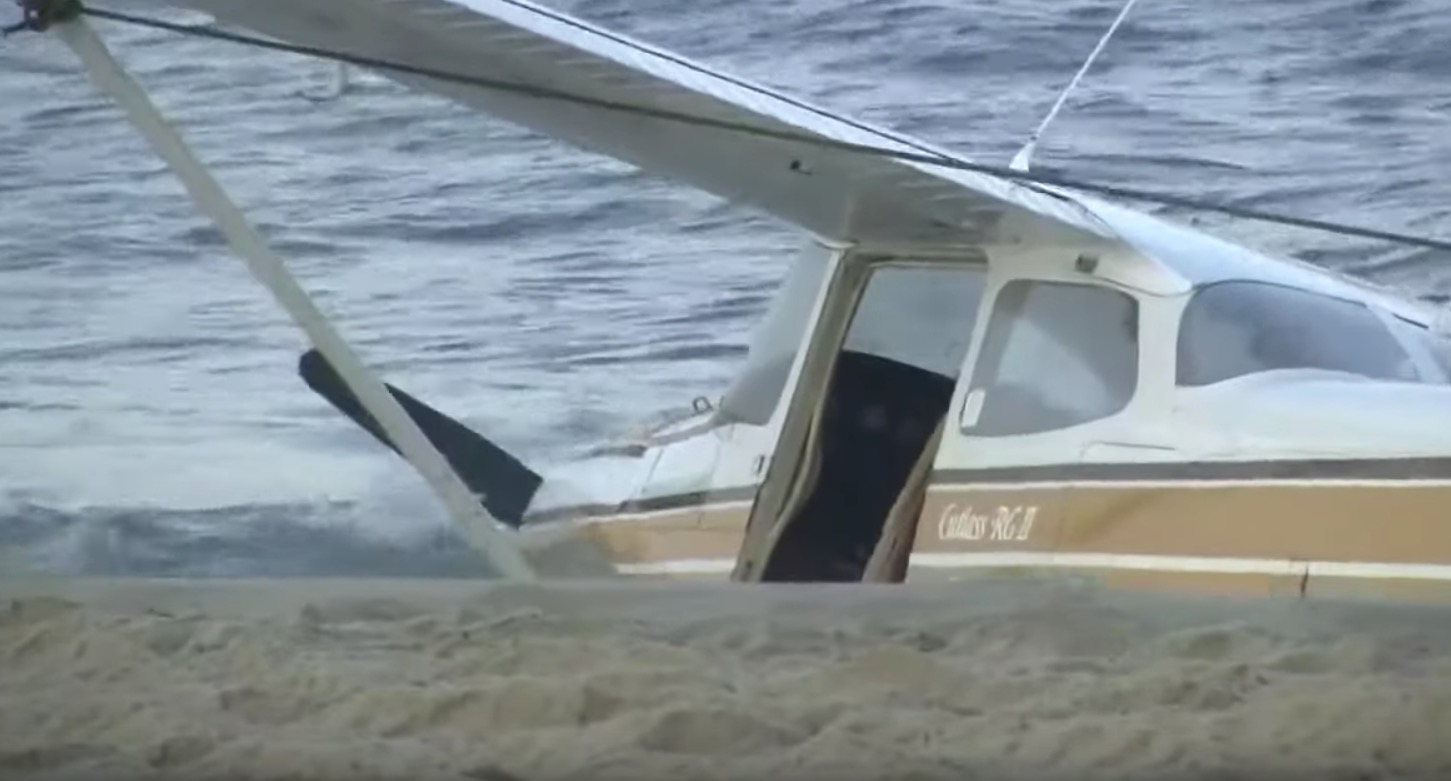 The video accompanying this blog made the rounds a couple of weeks ago. It’s a short clip of a Cessna Cutlass ditching off Ocean City, Maryland, on July 17. The pilot was lauded—rightly—for flying a textbook ditching. He emerged wet, but uninjured.

That’s not the important part, however. The top takeaway is that the pilot—23-year-old Trevor Deihl—made the right decision to land in the water and not try to shoehorn the airplane onto a crowded beach. When the video circulated, we didn’t run it as a news item because crashes happen every day and the only reason this one was any different is the video, otherwise known as click bait.

I put this on my blog to-do list because in a straight news column, we don’t offer commentary, but in a blog we can. And by the way, the video I’m using here is a short report aired by Pete Muntean at WUSA9 in Washington, D.C. I met him at AirVenture last week. He’s a flight instructor based at Potomac Airfield just outside D.C. in Maryland.

As an aside, this is the kind of informed, restrained reporting we all like to see in the daily press but so rarely do. Kudos to Muntean and the station and thus it’s worth some space in this commentary.

As far as emergency beach landings go, these are neither common nor rare. They happen. Ditchings happen at the clip of around a dozen a year, give or take. In 1999, I did an exhaustive review of ditching accidents and found that the overall survival rate for ditching was 88 percent and the successful egress rate for ditched airplanes was 92 percent. Also on my to-do list is to revisit that data to see if anything has changed.

The overarching truth hasn’t changed: Ditching is a highly survivable choice and something to think about when faced with the choice of a crowded beach, a stand of trees, a field of boulders or open water. There’s a natural and understandable reticence to land on water. You could drown and we all know what W.C. Fields said about water. (Google it.)

Still, it’s a high percentage alternative to killing someone on the beach. That happened here in Venice when a Cherokee ditched close inshore in 2014 and struck and killed two people in the water. That was a tragedy that devastated both the family of the victims and the surviving pilot.

The video ignited the predictable discussion about whether to ditch a retractable with the gear up or the gear down and which is more survivable, a high wing or a low wing. Academic considerations notwithstanding, the data shows there’s not enough difference in survival rates to worry about this. In a quick sweep of recent fatal ditchings, I found 16 in low wings and 12 in high wings.

Pilots about to ditch in fixed-gear airplanes worry about the wheels catching in the water and pitch-poling the airplane. The accident reports are too vague to determine the incidence of this. It does happen, but I don’t how often. Both high- and low-wing airplanes often catch one gear leg, then touch a wing into the water, resulting in a pirouette that remains upright. Still, with a 90 percent successful egress rate, I’m not it’s worth worrying about it much.

What is worth worrying about is touching down at the slowest possible touchdown speed, with full flaps and into the wind, swell conditions permitting. That might mean landing at an angle to the swell—if there is any—or parallel to it if there’s little wind. And frankly, in the heat of the moment, you might not have the mental bandwidth to figure out much of anything other than full flaps and the slowest possible touchdown.

In all probability, that will be enough.