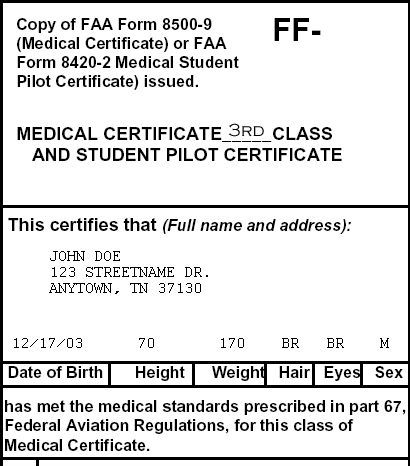 The expression, “Got the surprise of my life,” loses credibility when the speaker shouldn’t be that surprised, e.g., “Got the surprise of my life and passed the check ride.” Congratulations, but why surprised? When an instructor preps a client properly for an exam, then neither applicant nor examiner should be surprised at success. I’d be concerned if our DPE called after passing one of my students and said, “What a pleasant surprise that you finally sent an applicant who could pass.”

The second part of the surprise-o-life cliché also begs careful usage. If the speaker’s life were in danger, but Death suddenly took a holiday, then yes, that could be the surprise of one’s life. In flight, I’ve brushed elbows with doom, survived, and each time—more than twice—I’ve reflected, “That was close” and, “That was stupid.” Rarely could I lay fault for my puckered-up hijinks on outside forces. All were lapses in youthful pilot judgment, although that implies I’d been exhibiting sound decision making until the moment I flew into the region of reverse sensibility. Why I’m still alive is unclear, but I am appreciative of the still-breathing option and alert for what NTSB calls, recidivistic boneheadliness.

So, it was the surprise of my life when four years ago I had a heart attack, and as the hospital admissions clerk explained that should the angioplasty prove inadequate, the doctor would crack me open like a lobster, and if that proved fatally unsuccessful, I couldn’t sue. Sign here.

I agreed because I agree to all institutional demands—Amazon, YouTube, IACRA. Then, with an IV drip fogging cognition, I got a follow-up surprise of my life. “Should I die,” I thought, alone inside a Lutheran hospital when I’d been raised Catholic, “how will this affect my second-class medical certificate?” Pilot to the last.

Spoiler alert: I lived to write about it and after cardio rehab, qualified for sport pilot privileges, meaning I could fly my Aeronca Champ but not my Citabria. From internet horror testimonials about pilots suffering through the circles of FAA Aeromedical hell when attempting to gain special dispensation, er, issuance, I chose the sporting life and was grateful for the second chance. Until my past returned to taunt me.

As kids, we rode bicycles that to us were motorcycles. Additionally, I dreamt of airplanes and handled my bike as though flying, often with arms outstretched. When I grew strong enough to pedal up the hills overlooking the Hudson River and the hazy Manhattan skyline, I’d glide back down, imagining I was slicing those New Jersey clouds above me. I’d ride to local airports—most of which have vanished beneath suburbia—to watch real airplanes fly. Then at age 14, I got the shock of, etc. Some low life stole my bicycle, my Spitfire, Mustang, Stearman, SPAD … my soul. Vittorio DeSica foreshadowed my loss in The Bicycle Thief (1948).

Gradually, kid fantasies morphed into real flight, and I was living the pilot’s dream when Death brushed past and stole my figurative bike. But after weeks of cardio rehab, and rewatching Seventh Seal for more metaphors, I was back in the air. As a grateful sport pilot, I pedaled about in my LSA-qualified Champ but soon wanted access to what the big kids flew. I decided to seek special issuance of a Class 3 medical certificate. “A bold choice,” the hooded AME, Dr Gandalf, warned in a resonant tone, while leaning on his staff that kept FAA Orcs at bay, “but fraught with danger. To fail in this quest is to lose all.” It’s a weird clinic but inexpensive with validated parking.

Compiling a package of Aeromedically approved paperwork was daunting. Stress test (Bruce Protocol), blood work, cardiologist exam and reports, plus reams of patient history files led me to think I’d made a regrettable administrative choice. I felt like a reality show contestant on Dare To Get Your Medical Back! With each hurdle cleared, another task loomed. Any misstep would allow the FAA host to unlatch a trap door and send me sluicing into the dustbin of no return where applicants lose all flying privileges.

Luckily, I had guidance from friends who knew the system better than I. Alphabetically: Brent Blue, Rick Durden, Jim Kimball, and Rick Peirce. Three are doctors and one, Rick Durden, an attorney. All are top drawer pilots. Together they ushered me through the paperwork labyrinth. Another nod goes to Corey at the Office of Aerospace Medicine in Kansas City, Missouri. Always reachable and willing to answer questions, he made the process navigable. Thank you, all.

I got the surprise of my life when a letter with 12 pages of supporting documents arrived from Aerospace Medicine. The opening paragraph stated that since I’d had a “history of myocardial infarction,” I didn’t qualify for a medical certificate under a whole string of CFR Part 67 barbs. My repaired heart sank, until I spotted the “however” that granted “an Authorization for special issuance” under 67.401. Damn fine CFR that one. I’d passed and found my enclosed official membership card to the Jake Hollow Air Mail Pilots Secret Squadron Special Issuance Club. Cut, fold, sign, then run—not walk—to the Citabria and fly around those clouds that have fogged my brain since I was a kid. It was as though my stolen bicycle had suddenly returned.

I’ve been a pilot for 50 years and was an air traffic controller for 17. Potential revocation of medical clearance always threatened both. Had I lost my medical as a controller, I could’ve left the FAA with a medical retirement. Damage from losing pilot privileges, by contrast, comes with no consolation prize and worms deeper into the thing that is the kid who willed his bicycle to have wings. Once again, it does. When my special issuance expires, I’ll back-pedal to Basic Med; it’s all I need.