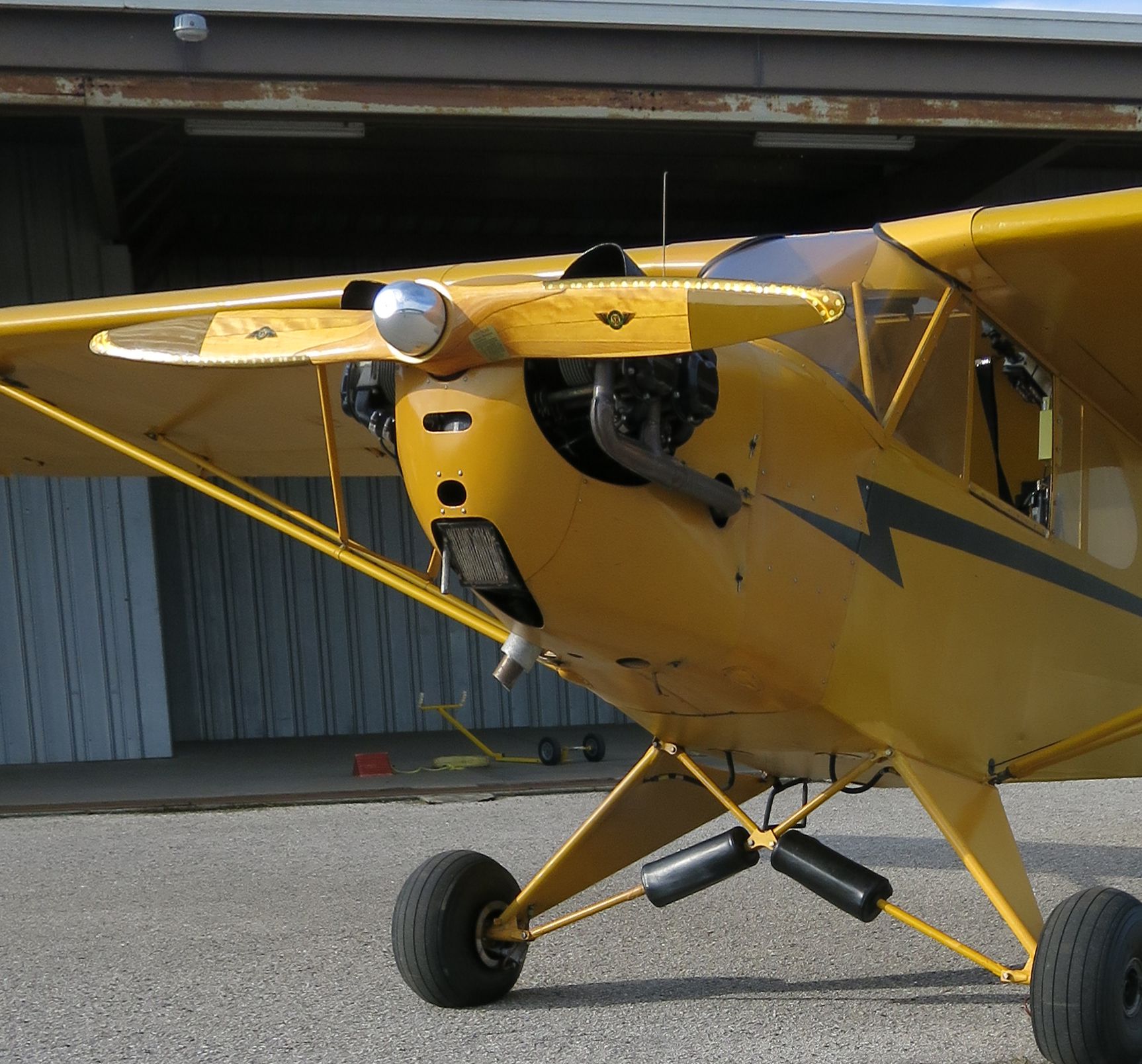 Show of hands: How many know how to start an airplane’s piston engine without using an electric starter? Follow up: How many believe that starting an engine by pulling the razor-sharp propeller blade through by hand is the stupidest thing anyone can do short of wearing a Top Gun flight suit in a Mooney?

Although most modern airplanes (post-1948) have electrical systems and starters, you’d think that hand propping would be passé. Except many pilots still do it, proudly and with impunity. They’d thumb their noses at those who don’t, but not all still have thumbs. Reported hand-starting accidents don’t claim a large swath of GA accident/incident stats with even fewer in the airline world. Usual culprits include not having the tail tied or wheels improperly chocked or a terrified passenger at the controls. They panic so easily.

Hand-propping misconceptions abound. First, propeller blades are not “razor sharp.” They’re more like lawn mower blades. Next, it’s not illegal, immoral or fattening to hand prop airplanes. Helicopters maybe. As for fattening, you’ll burn more calories trying to hand start a recalcitrant Franklin engine than you will pushing a starter button. As for the legality, I’ll avoid litigious toes here, but there’s no FAR that says thou shalt not start an engine by hand … or foot for that matter.

The Airplane Flying Handbook—touchstone of FAA intention—does warn that “(hand-propping) must be carried out only by competent persons who have been trained to accomplish the procedure.” Good luck finding a CFI who knows how to hand prop, which only leaves YouTube self-study. Failure is an option, and should you bung things up, the FAA may invoke broad authority under 91.13 (Careless, Reckless or Stupid) to clap you in irons. But fear of authority has no place in your flight kit so formulate a plan to prop safely … “safely” being a relative adverb.

There is no single correct way to hand-prop an engine. Likewise, there are countless chances to screw up. Propping a small engine is different from swinging the prop on a big radial, so we’ll stick with the four-cylinder Continentals commonly found on 1940s classics such as Cubs, Champs and Taylorcrafts. Many have been upgraded with electrical systems, but chances are if you’re considering a 65-HP engine, you’re fixin’ to start by hand the way Grandma did.

When hand-propping, it’s best to have a qualified someone inside the airplane with heels on the brakes, hand on the throttle and access to the magneto switch. Safety tip: Never trust the person at the controls. They’re psychopaths, longing to kill you as you touch the prop, so even if they claim, “switch is OFF,” don’t trust ‘em. Always treat the prop as though the mags are ON, and the 75-year-old switch is defective.

Starting my 65-HP Continental is easy. Prime it as you would most engines. Then, with the mag switch OFF, pull the prop through, assuming it might start. Never twist the prop using both hands. Six blades usually sucks enough gas and air into the cylinders. Seven floods it. Once primed, set the mag switch on, which might not be BOTH. If one mag has an impulse coupler to retard the spark for easier starting, select that magneto.

I prefer to swing the prop from behind with my right hand on the descending Guillotine™ blade, and my left holding the door frame. When propping from the front, don’t lean into the prop nor stand too far back; either compromises balance, inviting a Robespierre crewcut. And don’t get carried away (literally) swinging your leg up Hollywood-style. When propping from behind the propeller, my legs straddle the landing gear leg. With a primed engine it’s a quick snap, pulling the prop blade down and—real important—withdrawing your hand as the sparkplugs fire, and the prop blast blows your cap off. When that happens, let it go and ….

Do nothing. Don’t hurry to adjust the throttle, remove chocks or wave to bystanders, because any rash movement could lead into the spinning blades, and you’ll be unable to count on the fingers of one hand how many ways that was stupid. Back away from the fuselage by guiding yourself along the leading edge of the wing strut. Then, slip behind the strut and into the cockpit, where the pilot at the controls is once again a friend and not out to kill you.

Propping by yourself is not perfectly safe, but nothing fun is. Tying the tail down and chocking the wheels mitigates enough risk to make it acceptable. I have a set of wooden chocks, each with ropes attached. Once the tail is untied, I stand at the open door with engine at idle, fuel OFF and reach down from behind the wing strut—never from in front—and pull the rope to remove the right-side chocks. After tossing them aside, I pull a longer rope that hauls in the left chocks, like weighing anchor on a bass boat … not that I’ve ever done that. Leaving the fuel OFF for the half-minute it takes to unchock assures that should you suddenly drop dead of natural causes, the airplane will only taxi a short distance before the engine quits; possibly saving your estate unpleasant expenses.

If you get aggressive with the primer and flood the engine, turn the mag switch OFF, fully open the throttle and pull the prop through backwards 12 blades. Backwards, so the mags won’t fire; throttle wide open to theoretically suck the overly rich mixture from the cylinders. Return the throttle to idle or cracked and attempt a restart. Works almost every time.

Skills such as hand propping airplanes or operating a matchlock arquebus are invaluable in defiance of modern timidity. So, seek out the old CFI with the even older Cub and learn to prop wisely or you won’t qualify for the next show-of-hands survey.