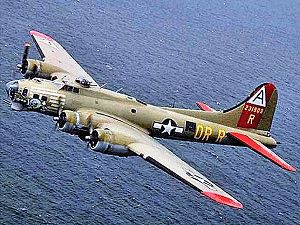 The FAA wasted little time last week in denying the Collings Foundation’s request to renew its passenger-carrying authority under the Living History Flight Exemptions program. That decision came as a result of the Oct. 2, 2019, crash of the foundation’s B-17G at Windsor Locks, Connecticut, that killed five passengers and two crew members and destroyed the Nine-O-Nine Flying Fortress. I say little time because the agency interviewed the surviving crew chief on March 20 and made its decision just five days later.

The foundation had voluntarily stopped flying passengers following the crash, but its request to renew the LHFE had been pending. LHFE lifts the restriction against flying revenue passengers in experimental aircraft and it applies to so-called “fragile” historical aircraft as a means of preserving them and promoting their importance to the history of aviation. While dozens of aviation museums have restored examples of historic aircraft on static display, Collings flies its examples around the country giving rides, for which it’s allowed to charge.

Is this still a good idea? I think it is. And I’d like to see it continue. And so did an overwhelmingly large number of the 1626 people who commented on the FAA docket in Collings’ favor. However, as I mentioned in a previous blog, I favor a stronger application of informed consent and an explicit waiver so that passengers know what they’re getting into. That’s not the waiver that limits legal liability, but the one that tells the person signing up for a flight that this isn’t an airline trip. Neither of these relate to the FAA’s regulatory purview.

And by the way, it’s rubbish to say these airplanes were only designed to fly for 50 hours. In the case of the B-17, Boeing made it a strong, survivable aircraft that was legendary for bringing crews home. Predicted combat losses determined the production economics and volumes. But it is true that these legacy airplanes don’t get easier or less expensive to maintain. Eventually, they may not be.

I object to these flights being described—or implied—as the equivalent level of safety as a Part 135 or Part 121 operation. I think this misleads the potential passenger into underestimating the risk. Part 121 operations are based on some of the most reliable machines in the mechanical universe supported by a matrix of assistance from gate agents through dispatch through maintenance teams through monitored safety systems and on and on. They have considerable resources—money—to drive this and this results in that gauzy thing we call a culture of safety.

In its letter rescinding Collings’ LHFE, the FAA said the foundation lacked this. Although I don’t often quote myself, in the previous blog I said: “While the goal may be equivalent safety and while the mechanisms to achieve that may be in place, are these procedures actually being followed and were they in the Collings crash?” According to the FAA, the answer is no. So in this instance, Collings appears to have broken faith with its customers.

From the outside looking in, our impression of Collings was one of a stand-up organization that tried to do things right. What awaits further investigation and the NTSB probable cause is whether this was a one-of or part of a pattern of lax maintenance and oversight. I also suspect the worn mag, grounded lead and fouled plugs will be contributory to a primary cause. There has been no indication thus far that the aircraft didn’t have three operable engines after one was caged. In my view, the FAA was justified in pulling the plug on Collings’ LHFE temporarily, but perhaps not permanently. Why shouldn’t the foundation be given a chance to revise its procedures and training and resume operation under tighter FAA surveillance?

It occurs to me that there’s an immediate takeaway from the FAA findings on the Collings accident. If the operators of that aircraft knew there was a faulty or at least marginal mag and launched anyway, why? And if they didn’t know, why? The answer to those two questions taken together begin to define what a safety culture is.

It applies to anyone operating an aircraft at any level. All of us get sloppy with all aspects of flight from time to time, including maintenance. We all defer fixing stuff, not just because of the money but because of inertia. It worked the last time I used it and probably will this time, too. But ask yourself how you know that? I’m sure I don’t ask myself enough. Do you?

FAA-approved safety oversight is supposed to step this up a notch or two. That’s what required inspections and maintenance intervals are for. You know something is going to work or believe it a high probability that it will because you looked at it five hours ago, just as the approved maintenance program says you’re supposed to.

I doubt if there’s a fly-for-hire pilot alive who hasn’t complained about filling out some chicken^%$# form or complying with an inane procedure. I know I have. Doing those things doesn’t directly impact safety, but it at least forces you to think about the things that do.