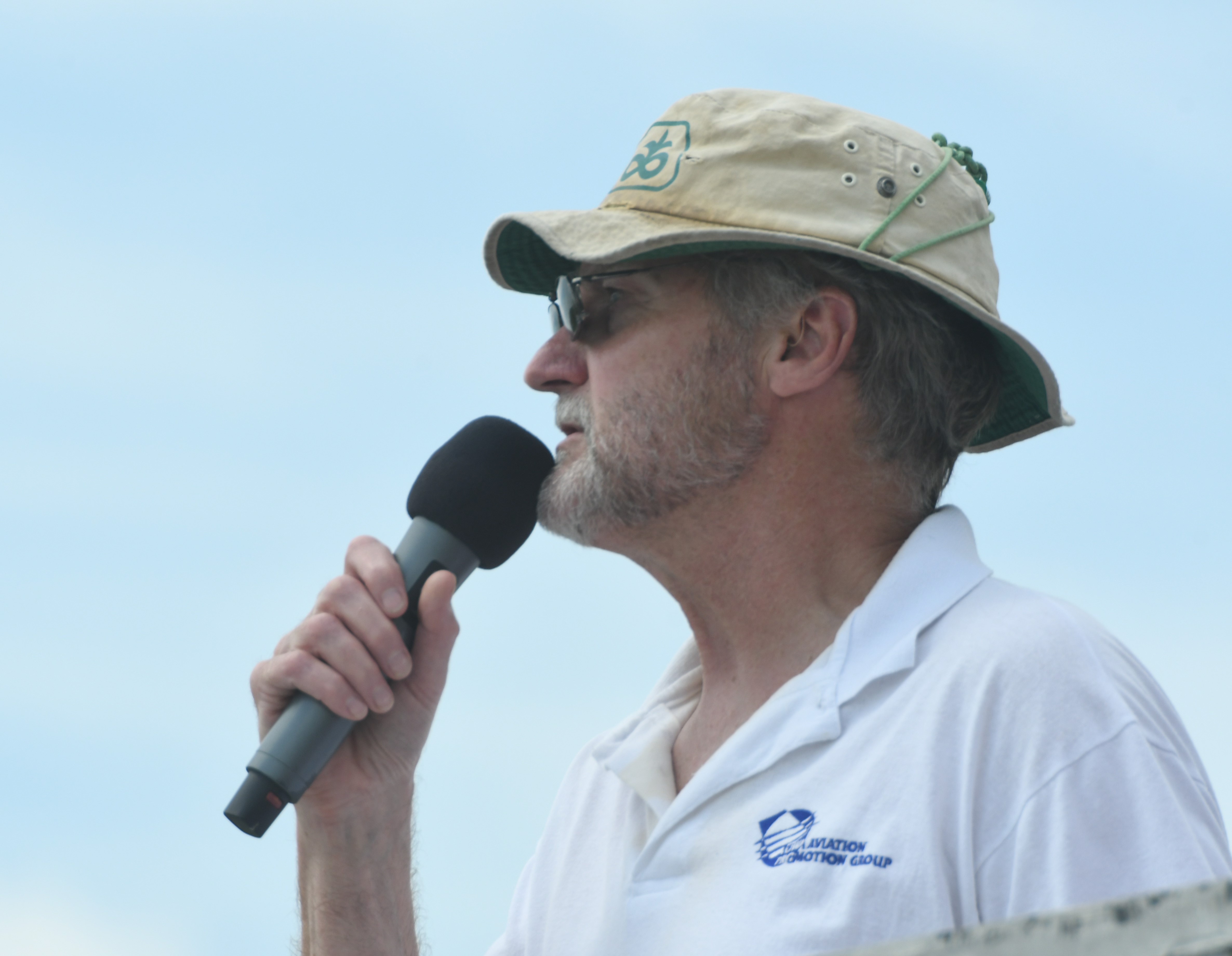 I’ve announced my last airshow. Yup, dropping the mic after too many years. And not because few can recall me ever announcing, and those who do, know me as, “That dope who still calls the CAF the Confederate Air Force, like it’s 1977 … and mispronounces Lomcovák.” True on both. Yes, it’s Commemorative Air Force, and I know that, but beneath an August sun with sunscreen bleeding into my eyes, my brain rarely connects directly to the mouth … happens in cool weather, too. As for the gyrating Lomcovák maneuver, I’ve never done one and am not sure what they’re supposed to look like.

But ignorance of acrobatic maneuvers is not the reason I’m leaving the announcer racket. I’m just tired of faking it. I learned early that 97 percent of the audience doesn’t know what’s going on, so they’ll believe whatever the loudspeaker tells them; same in politics. Face it, most airshow attendees aren’t pilots and are there to see something crash. Don’t believe it? Then, why are flying clown or drunken-pilot acts so popular? “Oh, no! Someone stop that drunken clown from taking off in that Cub …!”

In my other life as a voice-over actor, I’ll arrive at the studio just as the scripts are ripped from the printer. Inside the recording booth I don the headset as the producer, who also hasn’t read the script, says, “OK, in one take.” Successful actors read ahead of what the mouth is saying, a skill I learned as an air traffic controller. My mouth would crank out the usual phraseology: “Radar contact … turn left heading … climb and maintain …,” while my brain anticipated the next move. Lose that beat and you’re screwed.  Airshow announcing combines that skill with a dollop of winging it.

Recently, I had the honor of announcing at the Fly Iowa airshow in Boone (KBNW), where topping the bill was Julie Clark on her farewell tour after 40 years of performing in the sweetest T-34 this side of Wichita, Kansas. For clarification, that’s the Beechcraft T-34 Mentor and not the Soviet medium tank … although, crowds would love that.

Before any airshow begins, there are months of preparation to coordinate FSDO, Crash Fire Rescue (CFR) and all the Woodstock karma that allows thousands to press into a confined area, eat anti-vegan tacos while squinting at radial-engine thunder above and then depart en masse before the smoke from the last banana pass drifts into memory. Essential to safety and good showmanship is the pre-show pilot briefing when the air boss runs through safety items. Whenever I sit in, I’m impressed with the camaraderie and professionalism airshow pilots display. The unwashed masses outside might secretly long for disaster, but no one inside that room does.

At the end of the briefing I ask performers for any notes and promos I’ll need for narrating their acts. They often have scripts that include sponsorship plugs for the dead time when they’re reversing course and gaining altitude for the next maneuver. “Let’s watch as Karey climbs to reposition her Rocket-Assist-172, and Crazy Danny’s Wholesale Equipment Barn reminds you to maneuver your combine for maximum crop yields … and, now, Karey has smoke on as she dives for speed …”

Julie Clark brings her own announcer, blessed with the flawless delivery of a gameshow host. Except, some years ago she had no announcer and asked me to step in. I agreed, and we reviewed her routine. She was patient with me, smiled and possibly sensed trouble. But I felt confident—never a good sign—as we reported to our show positions. Atop the announcer’s stand, I set my notes on a table, weighting the loose pages down with an FAA-approved rock. Winds aloft at 15 feet AGL were gusty, and I didn’t want to lose anything. Reading ahead, you know I did.

The show began with what might’ve been a Pitts (I forget), and I chattered nonstop through several more performances, describing Snap Rolls, Reverse Cuban Eights, Inverted Yield Curves, and all went well as Julie taxied onto the runway, ready to launch. Her T-34 glistened like a Las Vegas sunrise, and that Continental 285-HP engine massaged the air as she opened the throttle, lifted and sucked the gear into the wells. I read ahead in the script, while my mouth slathered intro copy onto the adoring and trusting crowd. They adored her and trusted me. A trust soon compromised when Julie went into her first maneuver, and I carefully lifted the rock from the pages of maneuver descriptions she’d perfected over four decades—descriptions timed to match the maneuver to the music now playing under my voice.

Funny thing about wind and rocks: Since I held the microphone in my right hand, my left had to lift the rock and carefully swap the pages, while my eyes watched Julie pull up for …. When the wind lifted the notes and scattered them from the announcer’s stand like so many Snickers wrappers blowing across the Coney Island Boardwalk.

Imagine conducting the London Philharmonic without a score. “Ladies and gentle, ah, some guy with, what appears to be a fiddle—or an oboe—will now perform … um … what might be Beethoven … nope, it’s Mozart! Or Vivaldi, hard to tell …”

Her notes were gone, literally with the wind, and I had 15 minutes to fill with uninformed commentary. Amateurs would’ve panicked, but I can’t even spell panik, so I inserted bits of Julie Clark trivia I recalled from magazine articles and made up the rest. “And here she comes, again, from airshow right as she dives and, now pulls up into a loop … no, more of a roll …”

Being a pro, Julie Clark certainly didn’t need my fractured play-by-play. The crowd—who didn’t know what I was talking about—hailed her as the star she is. The air boss simply glanced my way and shook his head as Julie landed and cleared the runway while waving the American flag to her fans. I could’ve been speaking Klingon the whole time, and they still would’ve loved her.

Julie never mentioned my performance back then, but I was relieved when she brought her own announcer to this year’s Fly Iowa, because now, she can go out on top, while I quietly fade into the airshow sunset, knowing few will miss me at the Announcers Hall of Fame Banquet.