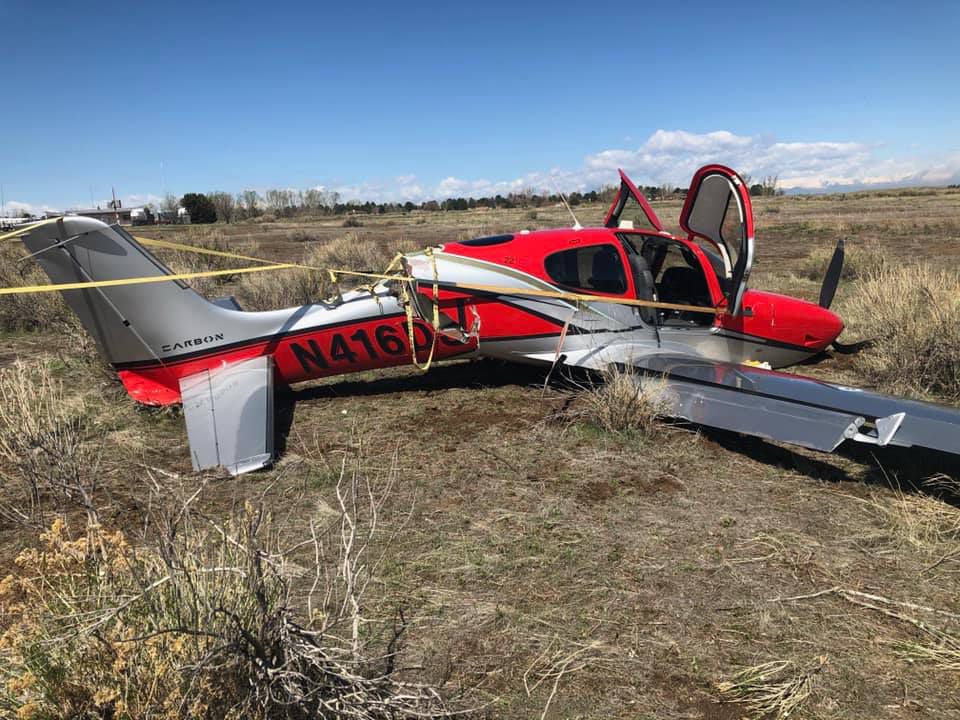 Over the weekend, a highly experienced skydiver acquaintance of mine died in an accident that was, for all intents and purposes, the equivalent of last week’s midair collision in Colorado. It was a midair canopy collision that the other skydiver survived.

This news reached me on Sunday morning as I was thinking about the Centennial midair and watching comments scroll by on social media suggesting there’s much to learn from the Colorado accident. I can be as thick as a mud fence sometimes, but I can’t think of single thing to learn from either of these mishaps, other than if you lose the bubble in a high-risk environment, you can die in an instant. But did we not already know this? Is this now some kind of Eureka moment?

We published this news story the day the accident occurred and a couple of days later, Juan Browne pulled together a nice summary on his YouTube channel. He’s got the fact pattern well illuminated and absent the NTSB’s investigation, the results of which we probably won’t see for months and with no probable cause for three years, you can readily see what happened here. And see it well enough to draw your own conclusions.

Do we not, by now, know that when entering a traffic pattern, we have to be hyper alert for other traffic? Is this a new awareness? Raise your hand if you didn’t know that the second part of see and avoid is not to hit the traffic you say you have in sight. (The tape has the Cirrus pilot saying he had the ATC-pointed-out traffic in sight, the airplane he eventually collided with.) Is it news to anyone that a visual tower just provides sequencing and point outs, but not separation? Do people who’ve actually passed a checkride understand—or at least remember—that the faster the airplane is flying, the larger its turn radius will be? And that’s one reason you slow down in the pattern? As this accident is dissected, will further flaying of the thing tell us something we haven’t seen a thousand times before?

If the answer to these questions is no, our training edifice is even more rickety than I imagined. But increasingly, the more I cover and write about accidents, the less effective I think that coverage is in preventing the next one because we’re not seeing much new in how people wreck airplanes. How they die doing it. That may not be equally true of the why, but I suspect not much has changed there, either. We continue to implore pilots not to do certain things in the interest of accident avoidance or to do other things in the same pursuit, but, despite a lower accident rate,  some of us keep doing and not doing the same things anyway.  I wonder if we delude ourselves into believing we can procedureilize our way to a lower accident rate.

What may actually be needed is training in thinking about thinking instead of thinking about flying. Back to the skydiving connection. I jumped on Saturday and had a minor revelation. At the end of the freefall part of a jump, we track off to gain some separation for canopy deployment. After the canopy is out, there’s 10 seconds of housekeeping: collapse the slider; open the chest strap; slide back in the leg straps; release the brakes. For years, it has been my habit to look around for my teammates immediately before and after doing this. I hold the rear risers in case I need a quick avoidance turn. My teammates are likely to be hundreds of feet away, but we all like to confirm that and that everyone is under a good canopy. It’s just basic survival situational awareness. It’s habitual.

After the third jump Saturday, I realized I hadn’t done this all day. And I couldn’t remember when I stopped doing it. This is complacency setting in and it’s what kills people in any high-risk endeavor. I had lost the habitual discipline on which survival turns. I wasn’t paying attention to the hierarchy of risk in the various phases of a risky activity. That I thought about it snapped me out of it.

In flying—especially in a modern airplane—your eyes can’t be outside the cockpit constantly, nor do they need to be. Given that the majority of midairs happen in the traffic pattern and there are between six and eight midairs a year, the risk away from the airport justifies a more relaxed scan. You’d exhaust yourself to dysfunction if you didn’t fly with relaxed awareness some of the time. Approaching the airport, however, the reverse is true. There’s little or no time for anything but eyes outside; not using ADS-B to find traffic you should acquire visually, because visually is how you’re going to avoid it. And not relying on a tower for accurate point outs or blabbering on the radio in the misguided belief that it’s anything other than a supplement to a pair of vigilant eyes.

Do people not have this sense of elevated risk? I think they know it intuitively and have it reinforced in training. Maybe what we need is to figure out not how to beat more specific procedures and memory tasks into pilots, but how to get them to self-diagnose complacency to keep it from eroding basic survival awareness. In other words, we all know what to do to confront the risks; we just have to know when we’re faced with them.

If I figure that out, I’ll let you know.