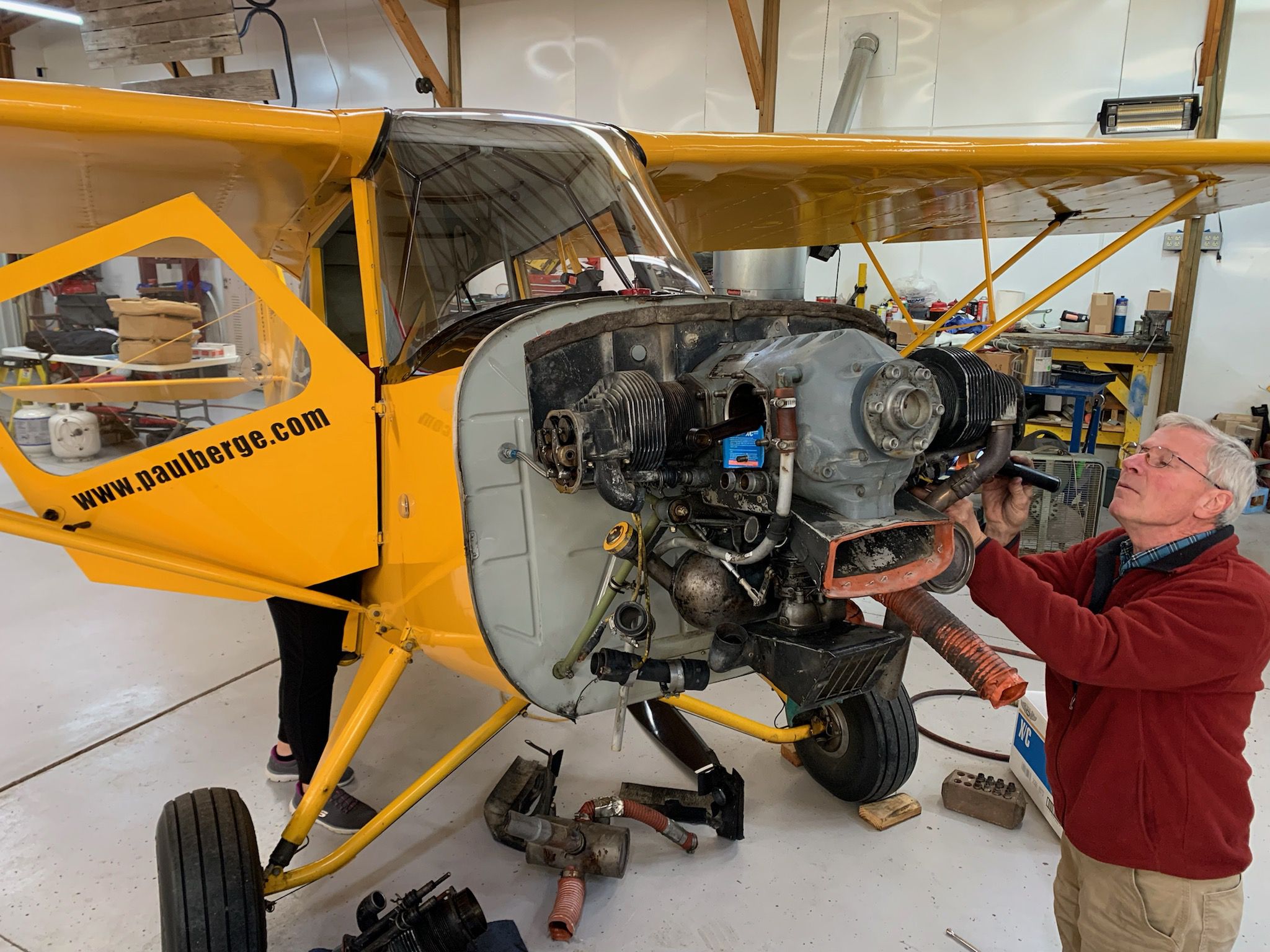 Aviation commentators are giving inflation a snooze because aircraft owners, renters, and repo-folks have dealt with high and going-higher prices since Wilbur exclaimed one December morning, “Dang, Orv, it actually flew! Let’s crank up the price, before Santos-Dumont sues our butts!”

Flying is and always will be more expensive than watching videos about flight. But that’s as it should be, because it’s way cooler than anything humans had ever accomplished in the millennia prior to the Wrights inventing self-promotion. And speaking of millennia, consider this cheeky pivot.

Thirty-nine years ago, I paid $5000 for my Aeronca Champ, at a time when I didn’t have two nickels to rub together. And that’s when two nickels bought a decent Ercoupe. Recently (we’re back again in 2021), after my mechanic pressure-tested my wallet, he mumbled it was time to replace four worn-out Continental A65 cylinders, leaving me stunned that they’d only lasted 75 years.

Luckily for those of us tenaciously clinging to the past, new Superior Millennium cylinders are available for $5892, plus shipping and tax. That buys four assemblies—jugs, pistons, rings, springs, plus STC docs. Still, a thousand bucks more than I paid for the whole airplane during the Reagan Administration. Remember him? Wrestled inflation to the mat, whomped PATCO, then rode back to Hollywood on a white horse to savor communism’s implosion …? No? Doesn’t matter as we transition to another aviation bargain: Two Buck Chuck.

Trader Joe’s endcap cheap wine—stick with me; there’s aero context—is a loss leader coaxing shoppers toward pricey cheeses and with historically low interest rates you’ll find attractive terms to finance your Gorgonzola. Joe’s strategy still works, although it’s now mostly Three-Buck, except in California where reality is as perceived and two bucks might still get a bottle, which you can dump into Waterford crystal to impress EAA chapter friends while considering a two-dollar offer from the FAA.

More background: After buying my Champ, I had to see how it would fly with the door removed. You know, like a Cub, which is what I really wanted but couldn’t afford. It is legit to remove the Champ’s door, provided you purchase the Supplemental Type Certificate. STC’s are special dispensations, permitting all sorts of shenanigans.

Problem was, I didn’t have the STC, so the unseen but all-seeing FAA punished me by sucking unsecured items from the cockpit on the door-free maiden flight. Like a quiz show contestant inside a whirlwind of paperwork, I frantically lunged for the airworthiness certificate and registration as they swirled around my head before vanishing into the sky like so many FAA teasing promises to raise LSA weight limits.

Back on earth, I reinstalled the door and confessed to FSDO: “I don’t know what happened to the paperwork … perhaps, mice ate it?” FSDO inspectors repair a ton of mouse damage. Lesson learned. Mostly.

Time-travel forward again to 2021 as I inspected the Champ before a flight review, and while dutifully invoking AROW—Airworthiness certificate, Registration, Operating limitations, Weight and/or balance—I noticed the R was AWOL. How long gone? Unknowable. A check on faa.gov showed the airplane still registered to me, but 91.203 warns aircraft can’t fly without registration certificates on board; Bernoulli becomes unprincipled, and Newton overreacts without those documents and you crash. It’s science. Discouraging, but then I encountered the FAA’s fascination with the 1970s and the greatest bargain since two-buck avgas.

Using faa.gov, I expected to click a few tabs, and for twenty bucks or so, a fresh registration would spew from the printer, making me whole again. But no. The good news is replacement cost runs a mere two dollars, payable by sending a check (remember those?) via USPS or other delivery service, to FAA Registration in Oklahoma, where the wind comes sweepin’ down the plain, my 1979 leisure suit is stylish, and the FAA still uses fax machines.

In a nod toward modernization, the FAA website said I could fax my request if I stated that I’d separately shipped the physical two bucks. So, tell the kids in the mail room to watch for my envelope. In return, the FAA registrar would fax a temporary registration, ensuring the uninterrupted smooth flow of air commerce, until the permanent replacement appeared in my mailbox. All this service for two bucks, the price of a crappy bottle of wine in California. Nowhere else in aviation can you find such a deal.

As much as I love a bargain, as a taxpayer, I contemplated the genuine cost to collect and process two bucks sent to the FAA. I’d skipped USPS, opting instead for UPS, not because it had one less letter, but because UPS offered fax service for one dollar. Add in UPS shipping, and it costs more than two dollars to send two bucks. And that doesn’t count the FAA’s buried costs for return mail and the time a federal employee took to get my two-buck check to the bank.

True costs are difficult to figure, but I spent an hour driving, faxing, and shipping; time I could’ve billed for dual instruction in the grounded Champ. I’ll eat that loss, though, because I’m the idiot who lost the registration. And to my cynical surprise, the new registration arrived in six days. Not bad for two bucks.

So, when journalists invoke the inflationary bogeyman—or woman—shake your Chuckie Cabernet at the screen and remember the FAA is doing its part to keep prices and aviation in the last century. And if you find two 1937-D Buffalo nickels, don’t rub them together. Given inflation, they could be worth an Ercoupe.