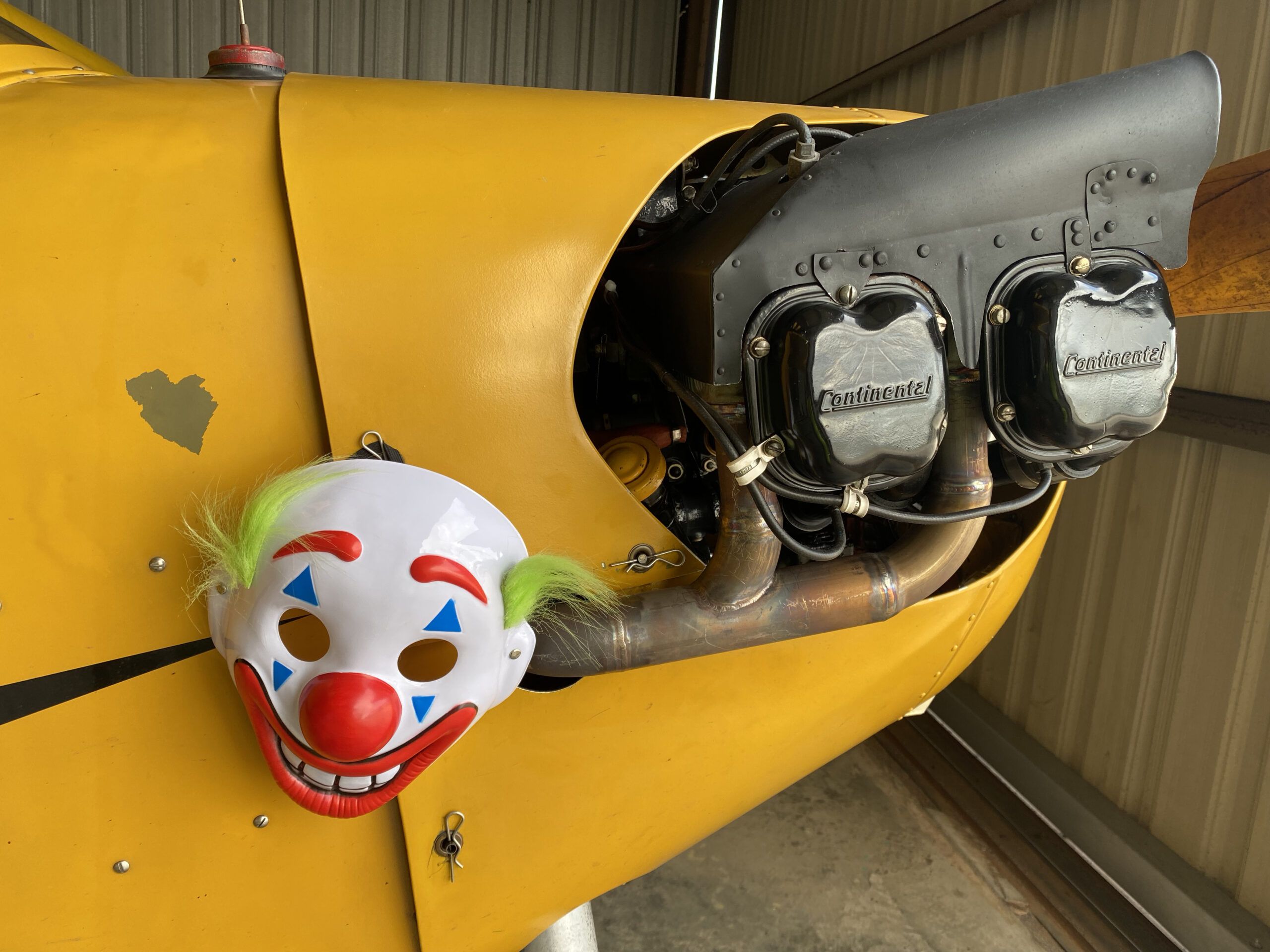 I take my amusement where I find it and a reliable source seems to be when people see an AVweb video and suggest that my audio person should try a different mic or that my animator is channeling South Park. One reader told me my camera presence was OK, but the editing sucked.

I’m doubled over here. I’ll remind myself to keep these things in mind because just in case you didn’t know it, our videos are all one-man bands. From scripting to post-production to YouTube loading. The whole thing gives vertical integration a bad name. When I started as a newspaper reporter, I had a notebook and a pen. Nonetheless, I like the video process. It’s a fundamental shift from telling a story with just the written word. I like the option of visuals. And visuals that move? So much the better. Infantile cartoons? I’m down with that.

Having done this kind of work for 12 years, I have developed an appreciation for professional videographers and I understand why they send three people instead of one. This week’s production on hand propping drove this home with a hammer, with lessons I have finally integrated and, a surprise, some transference.

I write a script for most videos and present it through a combination of a prompter and extemporaneous delivery. I normally do three takes of everything, which is similar to what professionals do, when they can. I learned long ago to do a script read on the prompter before starting the camera. Script writing is different than writing for print. It’s easy—common, really—to insert little trip wires that bollex up the flow when read. But sometimes I get in a hurry and think I can skip the pre-read. I did that last week. Five takes later, I regretted it. Sigh.

With the prompter, I normally use a Sony A6000 DSLR, but lately, I’ve been shooting with the GoPro 9 so I thought I’d try it in this rig. I would usually test such a thing first with a half-dozen trials, but I was in a hurry so, what the heck, I’ll do it on the fly. When you shoot solo like this, it takes four or five test frames to get a good mark set up. If you have a camera person, he or she directs you into the frame in two seconds and off you go. Solo, it’s back and forth, back and forth.

I know to bring a laptop to look at the images full screen before committing to a keeper. You can’t really do this just on the camera viewer. My laptop had a dead battery. So I skipped bringing it. When I got back to the office and reviewed the footage, I noticed two things I couldn’t fix. The GoPro’s depth of field showed a glaring layer of dust on the prompter glass and its wide field caught edges of the prompter frame that I couldn’t crop. Sigh. The following morning, I returned to finish this thing up and against all the odds, a salvage crew was scrapping an airplane in the adjacent hangar. They were removing the wings with a reciprocating saw. Sigh.

Back the following morning for four more takes. I decided to bring one of my softbox lights to brighten the exposure a little. When I was unloading it, two of the bulbs—they’re daylight CFLs—came loose and smashed themselves to bits on the hangar floor. Glass everywhere, inches from the $300 Cub tires. By now, I was getting seriously behind on this project. It didn’t help that the audio recorder batteries depleted during what I thought was my best take. Sigh.

When I got back from the hardware store with replacement bulbs, a thunderstorm moved in and pounded the hangar with blinding rain. Can’t even think in that din, much less shoot. Sigh. On the next trip, I neglected to bring the recorder entirely, so at least it couldn’t deplete the batteries. Sigh. (Yes, I have a checklist. No, I didn’t use it.) By Saturday afternoon, it was all put together. During my final-final review before posting it, I noticed a giant gray hair snaking out of my shirt collar. It was disgustingly obvious and repulsively distracting.

Back to the hangar. It’s Saturday evening. The hangar has been heating all day. It’s about 100 degrees. This time, I took the Sony and mounted it in the prompter. No more slip-ups. I’m serious now. Except the mount bracket was loose and the camera dropped out, smashing the lens to bits on the hangar floor. Sigh. Fortunately, I had a suitable backup lens.

Now the transference part. At the end of this fiasco, I realized that all of this was caused by rushing, cutting corners and departing from what I know had always worked because I thought I was smart enough and experienced enough to skip the tedium of rote procedure. I had it down pat. Had I slowed down, taken my time setting things up and been more methodical, I’d have been done by Wednesday. Later, it occurred to me to ask myself if I’m doing the same thing in my flying and if I am, I’d better stop.

I’m certainly not rushing when I prop the engine. What you see in the video is how I do it. I’m aware of the risks and tamp them down as best I can. That said, I was quite surprised at the number of comments I’ve received about propping gone bad. Much more than I ever expected, including a couple of fatals. Most of them were caused by improperly securing the airplane during this potentially risky operation and/or by people who simply didn’t know what they were doing. I had this Cirrus incident on my clip list but forgot to include it.

That’s the kind of shortcut you should never, ever take when propping. My friend who lost his Champ while propping knows all these things and he told me as much. He tried to describe for me the feeling he had when his airplane broke the rope and impaled itself to destruction in a stand of trees. I know what the feeling is: I screwed this up and it could have easily been avoided. The same could be said for my smashed camera lens.

For that gag shot of the clown in the cockpit, I bought a $10 mask from Amazon. I found a good use for it after the shoot. It’s hanging on the side of the cowl as a reminder of what not to do.