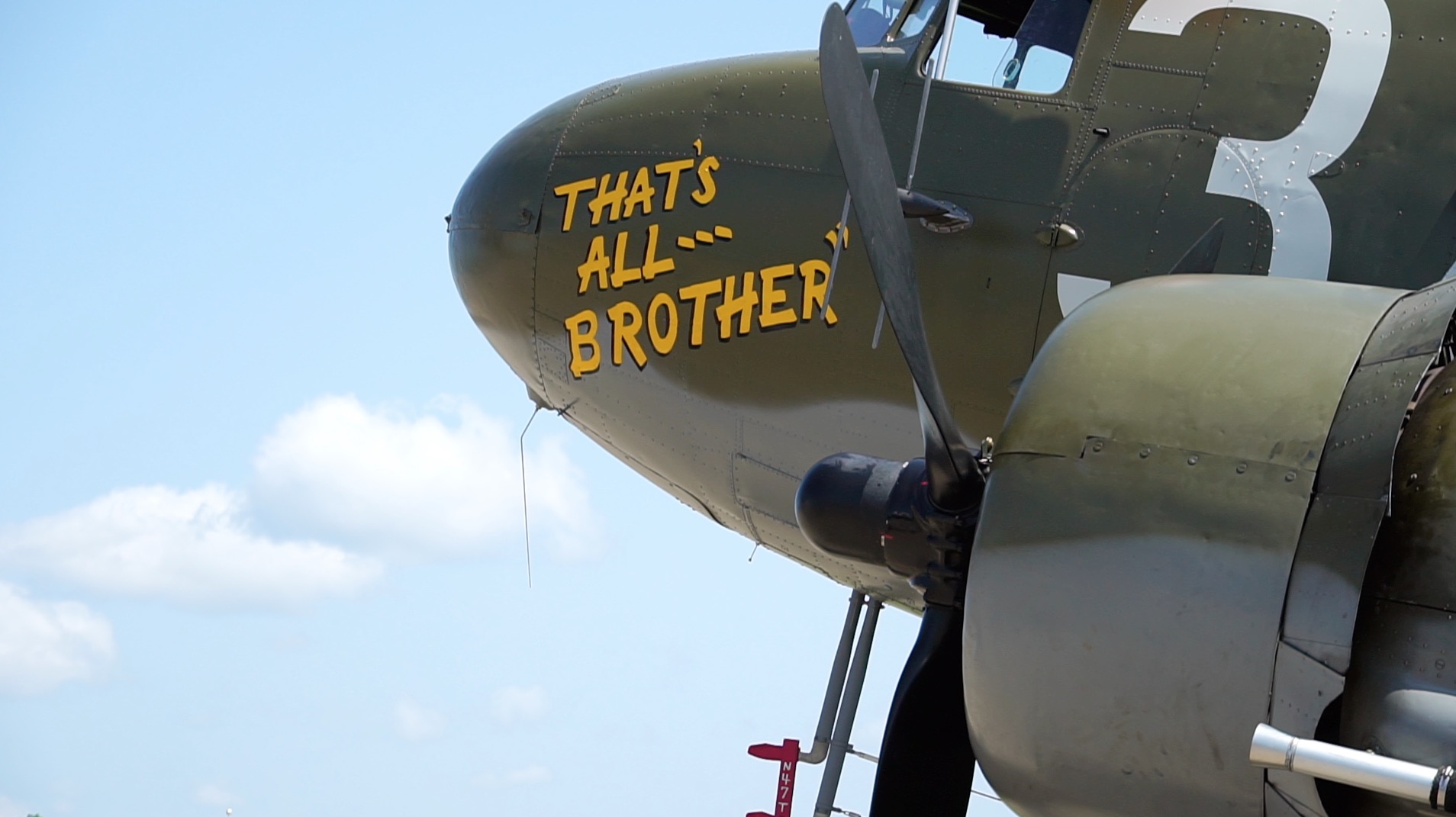 There’s much to be said about the oblivious lifestyle. One can motor through the day—hell, an entire week—utterly carefree and with hardly a hint of the agita and chaos that so diminishes modern life. Alfred E. Neuman has, sadly, left us, but the mindset is immortal.

Thus, in my closing observations on AirVenture, I actually wrote this sentence in describing the show: “Just an even strain of ordinariness.”

I hereby retract this statement unequivocally and with a profound sense of heartfelt remorse. It must have come from that stingy, dark vortex of doom that occasionally overtakes my sunny countenance after an exhausting week of show coverage.

You might reasonably wonder what caused this change of heart. At the major shows we always report more stories than we produce, so there’s material in the can for later publication. I had shot a video on That’s All Brother, the famed C-47 that led the D-day invasion of Normandy on June 5/6, 1944. As you know, the airplane returned to Normandy this year to mark the 75th anniversary of D-Day.

TAB is very much a bookend to the Enola Gay and it’s little exaggeration to suggest it’s just as historically relevant. I spent 40 minutes in the airplane, including the interview with Doug Rozendaal, but only on reviewing the footage did it really sink in that I was on hallowed ground. The restoration is so improbably complete that the airplane even has the Rebecca-Eureka transponder system that allowed the TAB navigator to find the dropzones the pathfinders had marked.

Where they found this hardware is beyond me, because not that much of it was made. How I considered telling this story “ordinary” is equally inexplicable and suggests you could plop me in, oh, say the X-1 cockpit and I’d have trouble stifling a yawn. Jadedness sneaks in through the cracks pried open by fatigue. (I know, it’s a pathetically weak excuse, but it’s all I’ve got.)

But that wasn’t the best part. For some reason … well, no, because even if I’m oblivious, I’m at least consistent, the intro to the video—as sadly chronicled in the gag reel here—turned into a comic opera of missed takes, mistakes, interruptions and blunders.

I’m sure I did 12 takes, the best one of which wasn’t recorded at all because the camera battery died. I could have done any number of different shots, but no, I wanted to do this when Boeing Plaza looked like Times Square at rush hour. I have my reasons. They may not be very good, but they’re mine.

But the best part was when a young father with family in tow waited until I was between blunders to ask if he could take a snapshot of me with the kids on the strength of having seen a twit—me—on YouTube. I’m always happy to do these and honored that people think our work is worthy of such notice. With a fresh battery, the camera was running so you see the results. I wish I had framed them all in the photo and got an address to send a copy. What was I saying about obliviousness and consistency?

They were having a great time and a great day. And for one shining moment, that AirVenture wide-eyed wonder rubbed off on me, if post-factum.

Ordinariness my foot. Best show ever.