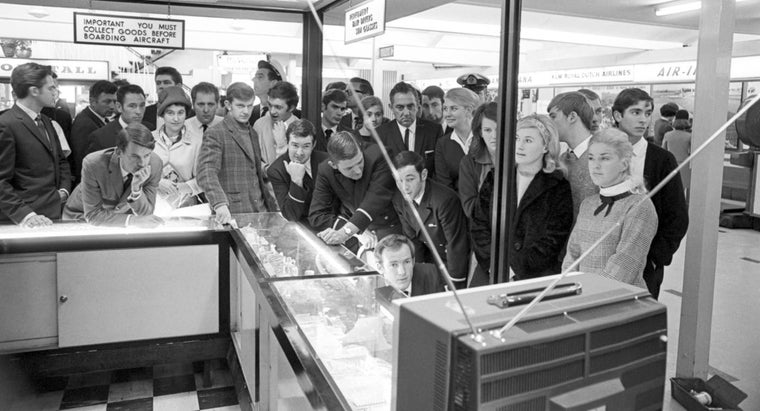 “Everyone alive on July 20, 1969,” the radio commentator said with an intonation reserved for weekend filler copy, “remembers exactly where they were when Apollo 11 landed on the moon.” Except me. I was 15 when Michael Collins, alone in Columbia, the lunar command module, kept the motor running while Buzz and Neil descended for humanity’s greatest photo op.

Yes, I know it was all faked in a Hollywood studio, but at 15 I didn’t care, because I wasn’t a space-age kid. Instead, I lived in the past. Still do. I liked airplanes not rockets, old ones with fabric-covered wings and round engines that dripped oil in the dust and blew greasy clouds of leaded exhaust into the gray New Jersey sky. It was 1969, and air pollution was still a debatable issue. Was it real? Manmade? Or did women have a hand in it, too?

I was blameless, because I rode a bicycle eight miles each way from my house (technically my parents’ house, as they occasionally reminded me) to Teterboro Airport, where I’d walk the rows of parked airplanes and dream of what I didn’t think I could ever achieve. Not the moon but, simply, flight in that thin layer of nitrogen and oxygen that envelopes our watery rock. I didn’t reach for the stars, but I’ve loved gazing up at them while lying beneath a biplane’s wings.

I wanted to be a barnstormer, never an astronaut. I wanted open cockpits instead of a capsule with budget seating for three that’s shot into space and later dropped into the ocean. At school, teachers tried to encourage us with JFK’s New Frontier zeal. Study hard—math and science—and become part of the race to space.

Instead, I watched old movies—Dawn Patrol, Test Pilot, Men With Wings—flunked math and didn’t like science until I realized its link to flight. What I always loved was the elusive romance of the wing and its magical ability to separate a dream-chasing human from the gravity of perceived reality. I was the kid in the outfield who’d miss the fly ball headed his way, too distracted by a Cessna 140 slowly crossing the sky, headed to somewhere better than anywhere I stood. Yeah, I was an airplane nerd, born in the wrong era when my contemporaries were destined for NASA and the vinyl-sided future.

As kids growing up in the 1960s, we watched the space program play out as a TV series, starring crew-cutted astronauts who, although force-fed Tang and liquid meatloaf, were rewarded with mythological hero worship and fire red Corvettes. What the 1961 Yankees were to sports, the astronauts were to technology. They were the Mickey Mantles of the heavens, wielding slide rules instead of Louisville Sluggers.

Even their mission names were godlike: Mercury, Gemini and Apollo. Never mind that Apollo was the Greek god of the Sun, while his twin sister, Artemis, was goddess of the Moon. Apparently, the Artemis Moon Project just didn’t test well in the I Dream Of Jeannie 1960s.

I remember seeing the video image of Armstrong stepping off the ladder and onto the lunar surface in 1969, but I don’t remember where I was. Possibly outside a TV store, watching through the window, back when there were TV stores. I do recall thinking, “What a crummy picture … and in black and white …” I was jaded at 15 and transitioning from seeing the world as enchanted and full of Disneyesque possibilities, to starting to pay a little more attention to what lay ahead—the future that I didn’t embrace … or understand.

Few remain who can remember where they were when Lindbergh crossed the Atlantic, not in a rocket but in a fabric-covered airplane with a radial engine. That barnstormer’s dream and slide rule drive changed the 20th Century. I wonder if I’d been 15 at the time if I’d have missed the headlines while exploring the Hudson River wharfs, admiring the last of the tall ships, their canvas sails able to convert wind into planetary travel. If I’d seen the wheel being invented in a cave, would I have scoffed the way only a Neanderthal teenager can and asked, “What’re you gonna to do with that stupid thing? LOL …”

Apollo 11 was an unwanted future for one 15-year-old kid from New Jersey on that summer night when a human stepped onto the moon. Instantly, the future became the present and then, as with all dreams, immediately became our past. In 1903 the Wright Brothers broke the seemingly eternal grip of the earth’s surface with a brief flight across North Carolina’s dunes.

Fifty years later, Robert Taylor, an airplane mechanic (and pilot) who saw aviation’s past already slipping away, had the vision to create the Antique Airplane Association (AAA), now headquartered in Blakesburg, Iowa. I’m on the AAA’s Board of Directors and have seen how Taylor’s view from the future, plus the work of dedicated antiquers, has saved countless classic airplanes that might’ve been lost to the past. As Apollo 11’s mission turns 50, I’m realizing the enormity of what I dismissed those five decades ago.

I’m a reluctant participant in the 21st Century. Yes, I fly using GPS but still love paper sectional charts. I’ve groused about ADS-B but admit it’s a pretty good idea, as is looking outside the windows for traffic and the incomprehensible beauty that is our sky. For medical paperwork reasons (not health; never confuse the two), I’ve quit giving primary flight instruction.

I still teach tailwheel, and when clients arrive for flight reviews with their own airplanes, sporting cockpits that would make a young Neil Armstrong think, “This makes sense,” I feel a personal disconnect. It’s good high-tech stuff but not what brought me to the airport a half-century ago.

I take sideways comfort in knowing that Neil Armstrong, first human to touch the moon, made his initial solo flight as a teenager in a 1946 Aeronca 7AC Champ, the same model airplane I’ve flown for the past 37 years and plan to fly as long as the future will permit. And that’s as far as the comparison between me and Armstrong could ever go.