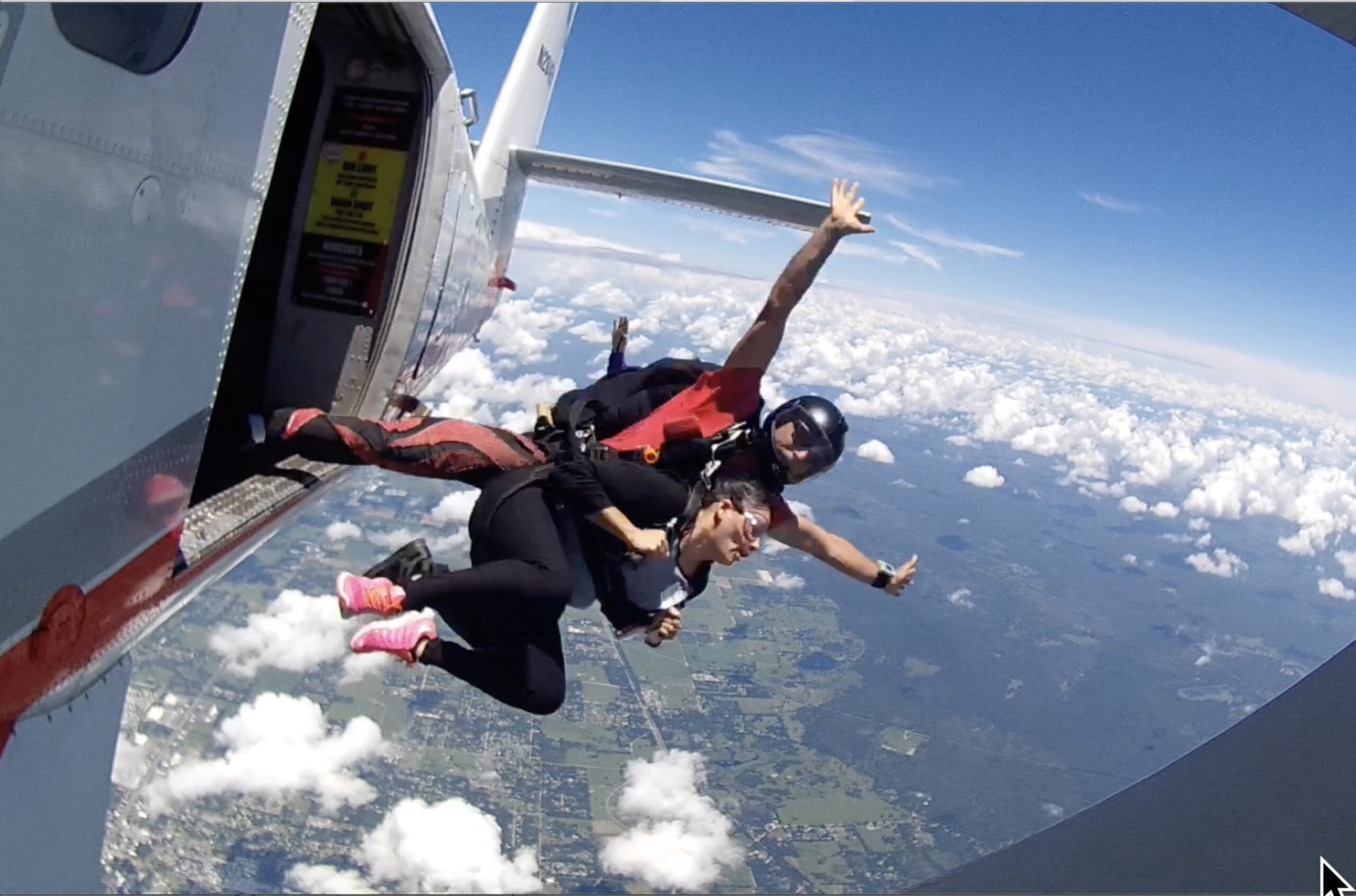 In my long and hardly illustrious flying career, I have been ramp checked twice and busted once. The bust occurred on a Part 135 charter on a busy summer day in ritzy Southampton, New York, where I was supposed to be flying rich people from Kennedy airport to their tony beach houses on Peconic Bay. I was but a minor cog in the marvel of the modern transportation network, but what I was really doing was adding to the impossible din at Southampton, the very noise my passengers leveraged to try to shut the joint down to everyone but them.

I sheepishly admit it was a righteous collar. Our ops specs required me to do a weight and balance and fuel calculation, print it out and have it readily accessible in the airplane. This I had dutifully done. What I had not done is place it in the regulation 8 by 10 metal clipboard box that contained all the other airplane documentation. I’d carelessly left it in the flight planning room. The two FAA inspectors were not amused, but I eventually got off with counseling and one of the friendly chats the feds used to do to jolly would-be miscreants back from the edge of a smoking crater.

But I never did it again. Not only that, but I actually began checking the whereabouts of the aircraft logbooks and the status of the required inspections. Did this enhance safety? I would argue that it did, if just infinitesimally. It caused me to be less casual about the mundane normalcy of flights that never go wrong and to search for things that might otherwise result in the opposite outcome.

While I was covering the NTSB hearing on ways to improve revenue Part 91 flying operational safety yesterday, I couldn’t escape the feeling that maybe things have changed. And for the worse. What ignited the hearing was a series of accidents in that murky gray area of general aviation flying, paying passengers in Part 91 operations. Like the for-hire flying I was doing in Southampton, these operations de facto hold out to the general public, but aren’t subject to anything like the regulatory scrutiny focused on the airlines. In fact, in the accidents in question, the operations may have gotten no scrutiny at all.

Let’s just consider one of the accidents discussed, the Collings Foundation B-17 Nine-O-Nine crash at Windsor Locks, Connecticut, in 2019 that killed seven people. The airplane was carrying paying passengers under the Living History Flight Exemptions program. And let’s be honest here. This is a fig leaf that allows operators of airplanes never intended to carry paying passengers to do so under the assumption that supporting such “fragile” airplanes as they are called is in the interest of aviation and public policy. Well, it is, in my view. The general public ought to have access to such things and it shouldn’t be the FAA’s role to impede this. It’s right and proper for the agency to oversee such operations to ensure reasonable safety and compliance, but the disconnect is that they can be, in the aggregate, “safe,” or that the FAA’s involvement assures the kind of near-zero accident rate that the Part 121 airlines have achieved.

In the case of the Nine-O-Nine, Collings had agreed, as a condition of its LHFE approval, to develop the kind of Safety Management System that both the NTSB and FAA have touted as a bona fide means of codifying safe procedures. It was a required program. Yet the FAA never surveilled to see if Collings actually was complying and, worse, the FAA principal operations inspector overseeing the program died in 2017 and wasn’t replaced until after the accident. Moreover, the paper trail revealed that Collings’ efforts to reach out to the FAA didn’t merit so much as a courtesy reply. If there were such a thing as a reverse ramp check, the FAA would get busted on that. The final report on the Nine-O-Nine isn’t done yet, but preliminary findings noted significant engine maintenance oversights and problems with passenger restraints. These are presumably the sorts of things SMS programs are designed to detect and correct.

That’s the way it works in the Part 121 world. Airlines have entire departments devoted to compliance, they have active safety surveillance programs and FAA audits keep these things perking along. And this has ruined everything for the rest of us. Part 91 is, by intention, the remaining Wild West of aviation. Think of it: With training required only every 24 months—and not really training, but the equivalent of fogging a mirror—you can fly IFR in almost any weather you want, any time of day, with as many passengers as can fit into the airplane. Sleep? On your own for that. You’re not supposed to exceed the aircraft limitations, but who’s checking, right? You can get passengers to share costs, which some owners abusively turn into illegal charter operations. The FAA occasionally notices, but it’s hardly worthy of calling it a safety net.

So into this chaotic world, at the margins, we allow paying passengers? There’s a fundamental incompatibility here, distilling it to the choice of putting skydiving operations, balloon flights and air tours into the more restrictive Part 135 or just letting customers fend for themselves. The in-between choice, more surveillance of Part 91 operations, is a false choice, in my view. If the general public’s perception of flying safety is based on the scheduled airlines—and I would argue that it is—no amount of oversight will get Part 91 flying to that level. Sure, more inspections might prevent the occasional accident, but a more systemic solution would be better, otherwise we’re just misleading the uninformed public that the FAA is assuring safety of these operations.

I don’t think this is so much a cost burden for operators as it is the FAA’s inability to perform oversight tasks at this level. In my worldly experience, the FAA is just like any other large organization; its competence and professionalism are stratified. Some in the FAA are dedicated, motivated professionals who try to do the right thing, while others are just chair warmers waiting for that 20-year point on the calendar. Unfortunately, there rarely seems to be any accountability for FAA incompetence. Did any heads roll for its lack of responsive oversight prior to the Collings crash? If so, I haven’t heard about it. This is managerial and cultural rot. If the organization has an overarching culture of individuals not owning problems and fixing them, nothing gets done.

What to do here? First, the NTSB is right to examine this issue, but is constrained in what it can do. To push the FAA into action would probably require congressional heat. But even that sometimes doesn’t yield results, since the agency is famous for ignoring congressional mandates with little accountability. It seems to me no new regulations are required. It’s reasonable to believe that if existing procedures had been followed, the Collings maintenance issues might have been identified and corrected, with the emphasis on might. It’s a better-than-nothing kind of thing. That applies to the Dillingham skydiving crash in Hawaii, too. Maintenance issues with the airplane were egregious and surveillance was nonexistent. Even cursory FAA inspections should have caught this. The FAA needs to do the basic job, never mind an enhanced one.

The NTSB’s proposal for a broad national safety standard for this kind of flying is, in my view, a dead end. It’s not specific enough and even with direct guidance on simple requests from the NTSB, the FAA often stalls. Sometimes for years. That’s not always a bad thing, otherwise we would be buried in regulation and despite our self-pitying complaints, Part 91 is hardly overregulated. Perhaps the new standard could work if it originated from within the industry rather than by top-down government diktat. I’d rather such a thing come from AOPA, USPA or EAA rather than the FAA. There’s an argument to be made for training guidelines for, say, skydiving aircraft pilots or air tour operators. Still, these are likely to reduce accidents only in the margins, if they reduce them at all.

Ultimately, Part 91 flight safety depends much more on the judgment, skill and attitude of the pilot than does Part 121 or even 135 flying. In Part 91 flying, almost all the judgments are made in the cockpit without benefit of the overwatch of professional dispatchers, meteorologists and maintenance at the other end of a satellite phone or an ACARS message. We set it up that way. We want it that way.

The Lockhart, Texas, balloon accident was an example of the consequences. The pilot made a momentary decision on takeoff performance in marginal weather causing the balloon to strike power lines. His judgment killed 16 people. A Part 121 or 135 framework would have precluded that, but then neither of those regulations would allow flights out of a cow pasture.

During the hearing, board member Jennifer Homendy reasonably asked how does an unsuspecting person who wants to do a skydive, take an air tour or buy a ride in a vintage warbird know how or even if the operation is safe. This illuminates the larger question of what role the government should have in overseeing flight safety and, ultimately, protecting people from risk. And themselves. I view it as tiered. At the top are the scheduled airlines and some charter operations, at the bottom are ultralights and powered parachutes. The scale of oversight varies. At the top, it’s a lot. At the bottom, almost none. Part 91 operations of all kinds fall in the middle, but toward the bottom, whether they generate revenue or not.

I believe the informed consent doctrine applies here. As I’ve reported before, this is how the FAA decided to oversee tourist spaceflight. Potential passengers are informed in detail that the vehicle is not certified and that they’re on their own for assuming the risk. In my view, it’s long past time to disabuse the public of the notion that Part 91 flying is “safe” and/or that the FAA can make it that way. The government can and should impose requirements to reduce risk in design and manufacturing of aircraft, maintenance and operations and adherence to regulations. That includes reasonable surveillance and enforcement. Reduced risk is not the same thing as safe.

So the answer to member Homendy’s question is no, there isn’t a practical way to anoint a Part 91 operation as “safe” because even enhanced surveillance—which the FAA has proven itself incapable of performing—is unlikely to deliver the public’s idea of flight safety, which is Delta Air Lines. Thumbs up to better surveillance and inspections and the FAA doing its basic job of assuring compliance and of enforcing against the really bad operators. We often know who they are ahead of any accident happening. But we should stop misleading the public that flight on Part 91 airplanes represents the same level of safety as airline flying. It does not.

When I fly as a customer on skydiving airplanes, I do so as a well-informed consumer. I sign an extensive waiver that explicitly states I accept all conceivable risks. Skydiving could not exist without this. But I don’t know when the engines were inspected, how much time is on the hot sections and how much sleep the pilot had last night. Having no other choice, I consign all this to trust in the reputation of the business based on my own experience and observations. I expect the FAA to conduct enough surveillance to identify and address the flagrantly horrible sins. But the rest goes into the part of the risk that I accept and is the price of doing business in aviation.