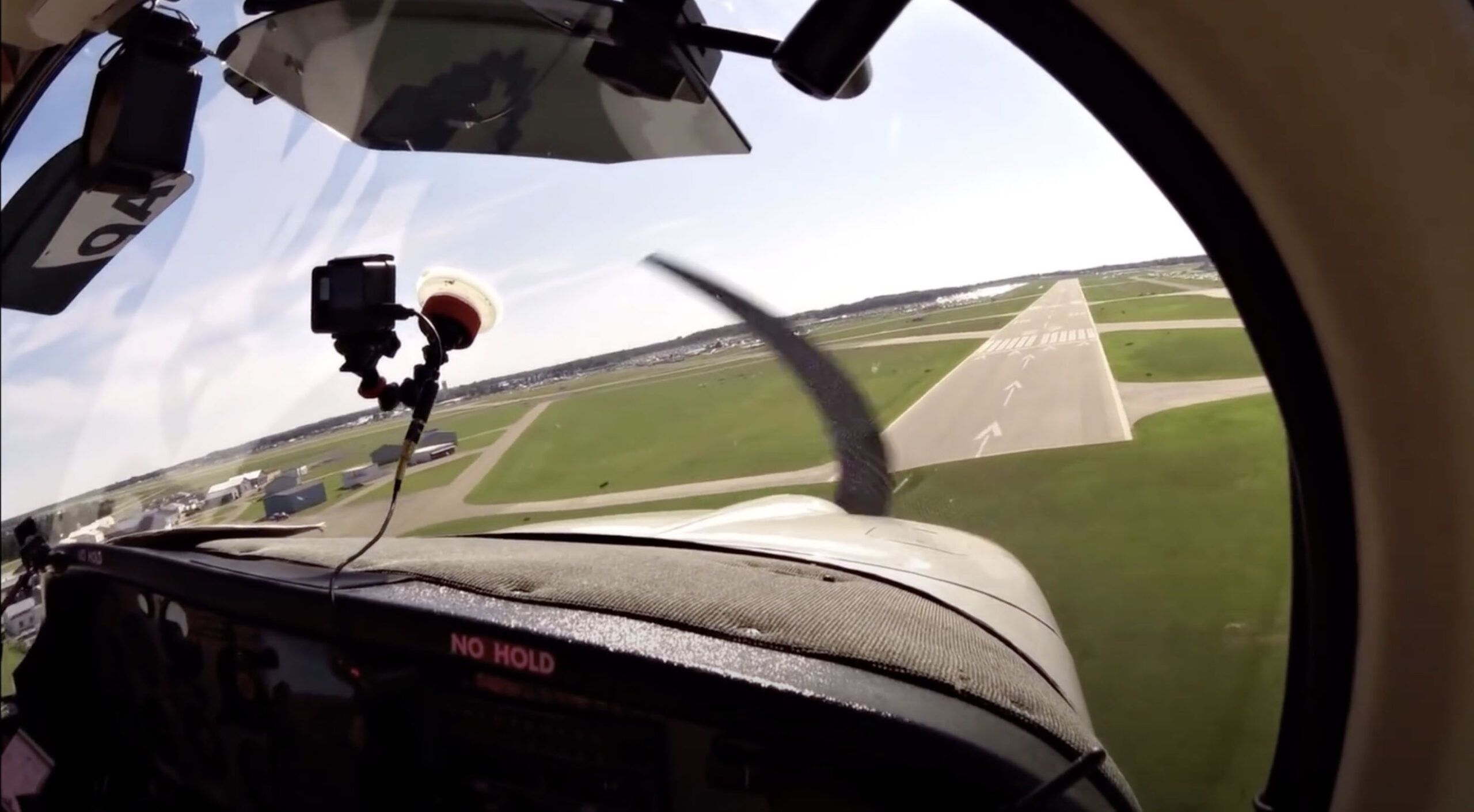 In 2015, I flew the Fisk arrival into AirVenture with a friend. It was typically busy but, as often happens, turned manic when we neared the runway. We had been instructed to land on the orange dot, then in mid-flare, the controller changed the plan and said extend to the next dot. His elevated tone implied a tinge of urgency and I guessed either he turned someone in behind us too soon or that same someone turned on his own or didn’t slow down.

Either way, it created a tense situation. We weren’t exactly in extremis, but merely to satisfy the controller’s plan, we were getting a little wobbly. Sure, any pilot should be able to execute a go around from the flare, but this is not a routine go around where you apply full power and transition to a normal climb. It’s apply a touch of power and float along in ground effect and touch down later, probably too fast and maybe in a flat attitude. It’s something we don’t normally practice and is thus a novel situation that’s a potential accident scenario.

I know this because for another project I’m working on, I reviewed 20 years’ worth accidents at Oshkosh during AirVenture. To be fair, the show has a remarkably good safety record for pilots flying into and out of Wittman, but there are still a few dozen mishaps. And some of these occur because pilots attempt things beyond their skill level simply because they’re performing in the big league and want to show they can do anything the controller asks. One such example killed an acquaintance who was asked to slow down on final, stalled and spun in. The more mundane example is a Flight Design CTSW pilot who got the same instruction we did, ballooned and stalled in. No injuries, but it damaged the airplane.

In our case, the controller, in the AirVenture style of camping on the frequency, kept at it with what I thought was unnecessary urgency: “Don’t touch down! Power, power, power!” My friend was getting a little frazzled (and I wasn’t helping) and when we got to the tiedown, I reminded him that you don’t have to comply with an instruction you feel is unsafe. This is a good place to reiterate 91.3: “The pilot in command of an aircraft is directly responsible for, and as is the final authority as to the operation of that aircraft.”

I’m bringing this up now because with Sun ‘n Fun opening in a couple of days, we are about to raise the flock from the dead. And we’ll do it again at AirVenture in July. After a year of not doing this, we’re about to pick up where we left off as though nothing has changed. Maybe it hasn’t, but I’m offering a reminder about pilot-in-command authority. It is absolute. Period.

Being creatures of large egos, we can fall into the don’t-fly-in-Mig-alley trap, that being you shouldn’t fly into such a place as Lakeland or Oshkosh unless you can walk the walk. And if you do fly in, that must mean you can or that you’re willing to die trying to prove it.

Don’t do that. I’m reminding that as pilots, we stand at the top of the heap as unambiguously specified in 91.3. ATC’s job is to enhance safety by providing sequencing and separation, but as pilots our job is not to make sure their plans come to fruition, but to operate the airplane safely within its and our own limitations. Those limitations might vary from day to day.

While it’s laudable to cooperate with controllers at these busy shows and to help them make complex and challenging plans work, let’s all remember we haven’t done this in a while. And that the most important word in a pilot’s vocabulary isn’t wilco, it’s unable.