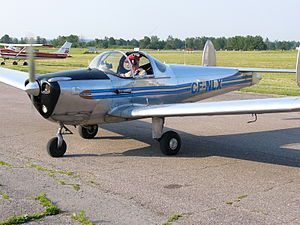 As the only U.S. citizen in Iowa who’s over 35 and not running for president, I have the freedom and civic responsibility to bring up delicate topics and speak, perhaps too frankly, about their effects on all our lives. One aviation topic was not even alluded to in this year’s hit summer replacement TV series, Presidential Debate Chorus Line. Warning: Although it deserves closer scrutiny, this subject may not be suitable for all pilots, particularly those who suffer from pedal anxiety performance issues (PAPI). Hey, you were warned but just couldn’t look away.

As a tailwheel instructor, I know that many pilots have no feet or at least can’t seem to find them on takeoff or landing. Others know what feet are “technically” supposed to do—yeah, yeah, press rudder pedals in a crosswind to keep the tires from rolling off their rims—but would prefer, instead, that technology offer alternative solutions to the extreme demands of pushing rudder pedals. Good news: There’s an app for that. In fact, it’s been there for decades.

When I say, Ercoupe, you might think, “Funny-looking airplanes that seat two, have no rudder pedals, despite sporting twin rudders and are the butt of jokes by uppity Cub and Champ pilots, but golly-gee, are so darn cute I wish I flew one … without being seen doing so, of course.” Or, like billions of humans floating above this planet in pressurized suspension, it’s possible you’ve never heard of these quirky old monoplanes and their devoted but equally quirky owners who, as I write, are holding their National Ercoupe Convention in Knoxville, Iowa. Don’t think that presidential candidates who can’t pass up a gathering of more than three people in Iowa won’t throw an elbow to have their photos taken amid a gaggle of Coupes—as cute as a basketful of puppies—pretending to know what they’re viewing while posing at the controls of 70-year-old airplanes that once almost revolutionized aviation and may yet make aviation great again.

Ercoupe is almost a generic name for an airplane designed in the 1930s by Fred Weick of the Engineering and Research Corporation (ERCO). Weick, along with John Thorp and Karl Bergey, later incorporated the cuddly bits of the Ercoupe into the Piper Cherokee near-four-seater, and despite adding real rudder pedals, Cherokees retained a trace of their progenitor’s cuteness but gained just enough attitude to win a supporting role in the 1964 James Bond film, Goldfinger. Pilots galore rushed to Piper FBOs after the movie’s premiere and were likely disappointed, discovering that life doesn’t always imitate film. But, hey, it got ‘em to the airport, and that’s a start.

The Ercoupe was the result of a government/private partnership to design a safe and practical aircraft that, well, frankly, during the Depression few could afford. By 1940, after testing several variants, the Ercoupe 415 hit the market just in time for World War II to take every potential pilot off that market and plunk them into just about anything but an Ercoupe. As with other aircraft manufactures, ERCO did its part for the war effort and in 1945 relaunched with the model 415C, cranking out over 4000 of them in 1946 alone. Advertised as spin-proof and requiring “no footwork,” Coupes sold well until the inevitable bust deflated the postwar boom.

ERCO sold off the Ercoupe rights, and over the next few decades the type certificate passed from one dreamer to the next. Forney, ALON, Aeronca and Univair among others have kept Ercoupes on life support. I’m surprised Amazon hasn’t snatched it up. Mooney bought into the losing hand and euthanized the dream with the redesigned Mooney M10 Cadet, ensuring doom for the Ercoupe lineage by replacing the Coupe’s signature twin rudders with a single Mooney-like vertical fin that required pilots to use (send the children from the room) rudder pedals.

Snake oil comes in many flavors as do promises of airplanes that “land themselves … won’t spin” or are otherwise impervious to the immutable laws of aerodynamics. Ercoupes can and do crash. They can and do stall, might not technically spin, but they do crash just like real airplanes. Since 1962, 591 Ercoupes of all stripes have entered the NTSB accident/incident reports. Of those, 59 were fatal accidents. Of those deadly ones, the perennial reaper of continuing VFR flight into IMC killed the most; little different from other GA accidents. Stall accidents, usually when turning base to final or climb-out to crosswind, claimed the next deadly level. Showing off with low-altitude passes killed those who hit trees and power lines plus those who yanked and banked, imposing extreme loads on aging airframes with rare but deadly inflight breakups. In short, stupid kills pilots in all types of aircraft. Only one cure, and it ain’t found in an app. Doubtless, you know what it is.

I have no idea if the FAA will ever follow through with its whispered 2018 tease to possibly raise the maximum gross weight for Light Sport Aircraft (LSA) from 1320 pounds to 3600 pounds. To do so would make all models of Ercoupe as well as everything else I fly—Citabria, Cessna, Pipers—once again available to many without medical certificates. I no longer fly IFR and rarely fly at night (it’s too dark), so daytime VFR limitations don’t bother me.

The Ercoupe 415C is the ubiquitous of the supposedly unspinnable Coupes and is prized because of its max gross weight being below the FAA’s current ludicrously arbitrary 1320 pounds max for use as LSA. Even though at the top of this article I said I was not a candidate for president, I was lying, which proves that I am a candidate. As your General Aviation Party (GAP) candidate, I promise to appoint a GA pilot as FAA Administrator, eliminate all medical certificates and replace the Air Force One Boeing 747s with Ercoupes, because … well, it would look so damn cute at Andrews AFB, and the world could use a smile.