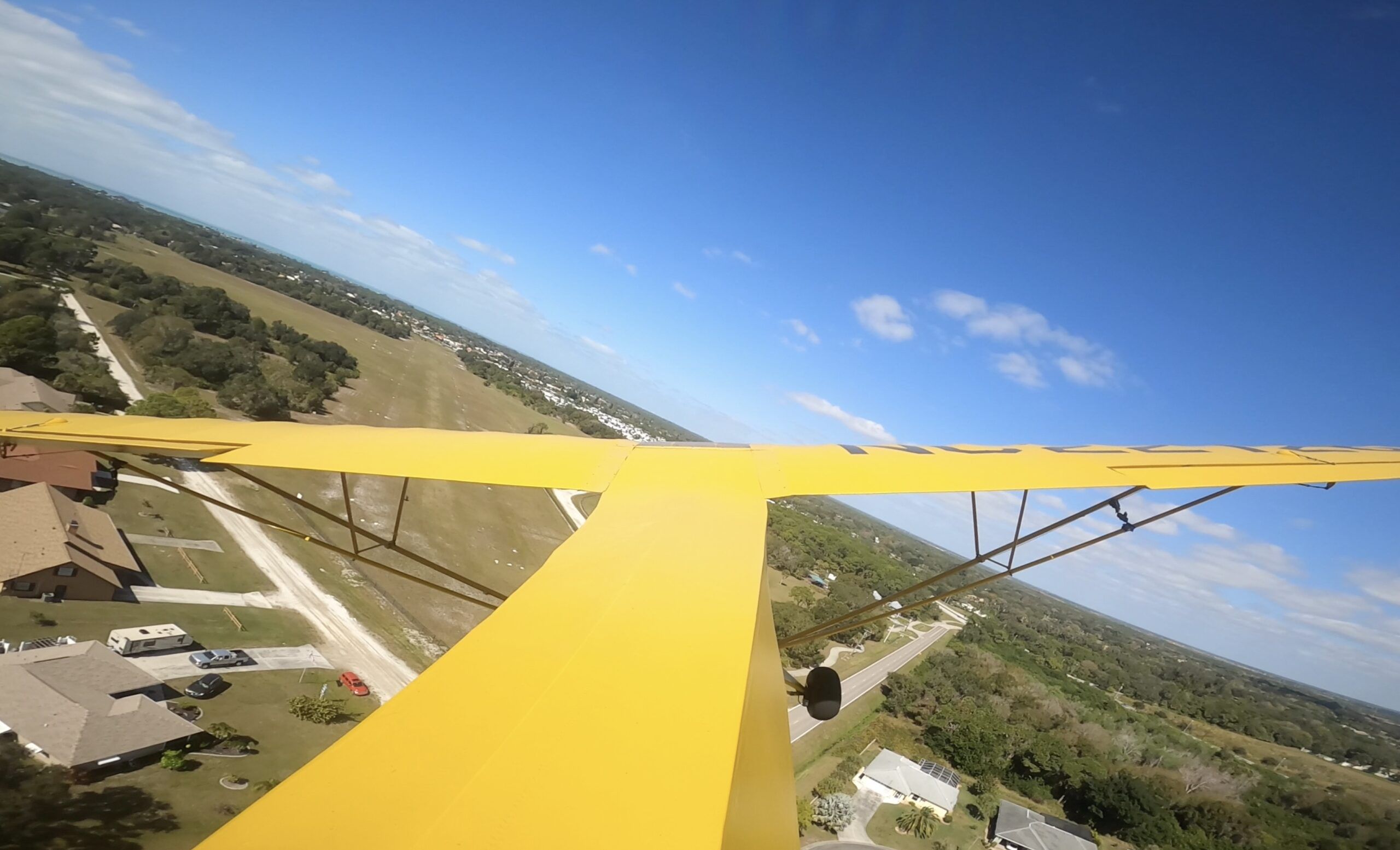 This article’s title would’ve been killer material in the third grade, and since pilots never grow up, let’s consider what is barely whispered in polite aviation society: Slips. Forward or side, the terms are casually interchanged while illustrating uncoordinated maneuvers with ambiguous hand gestures that compound uncertainty. So, after decades of teaching them, I’m determined to attempt to learn the difference.

For legitimacy I’ll reference the FAA’s Airplane Flying Handbook (AFH, FAA-8083-3B), the grandest of government manuals with a hint of 1930s British whimsy. Although, I’d suggest renaming it the Aeroplane Flying Handbook. Not as dull as the AIM or as incomprehensible as FARs, the AFH is an unsung tome, moldering in public domain.

A slip is an uncoordinated turn, that may or may not be turning and should be intentional. It’s not complicated but intimidates those who believe the slip/skid indicator’s coordination ball must remain welded to the base of the inclinometer’s curved tube, lest all onboard die from inevitable stall/spin embarrassment. Except without slips, landings in even the mildest crosswind will stink (ignore Ercoupes). More important, slips add to the full measure of aeronautical satisfaction, an unreachable goal, constantly sought. We’ve previously covered slips in crosswinds, but nothing succeeds in education like repetition.

Most single-engine airplanes land smoothly in crosswinds with aileron input into the wind plus appropriate rudder to keep the spinner pointed down the centerline and the tires on their rims. That intentional, and necessary, cross-controlling is a slip. But what flavor, side or forward? And what’s the difference?

Except they’re not so back in your seats. Both forward and side slips involve aileron input and opposite rudder. The coordination ball slips to the lowered wing. In a skid—the slip’s demented roommate—the ball skids opposite to the turn, like SUVs skidding off freeway exit ramps, when drivers put blind faith in cruise control. Intentional slips are good; skids, though, should be avoided at low altitude but can be fun and enlightening higher up.

Boilerplate disclaimer: Review spin procedures before experimenting with skids and discontinue use if crash results. Consult your instructor if skids last more than three hours.

To correct for a slip, apply less aileron and/or “step on the ball” with rudder. The wayward sphere returns to center for coordinated flight. Release aileron and rudder input entirely, and most airplanes with positive static directional stability will sigh in relief and seek relatively Zen-centric flight. In leaky old airplanes like mine, wind noise increases when entering a slip and decreases on exit. Those sounds are from the relative wind no longer flowing smoothly about the fuselage but, instead, smacking its side, which increases drag that’s desirable for steeper descent. Slipping in a climb, glide, or cruise is sloppy pilot technique and inhibits performance. Antidote: Keep the ball centered.

Side slips are what all good pilots of good airplanes do when correcting for crosswinds in landing. Forward slips are what good pilots of great airplanes do to lose altitude, generally after power is reduced, and with the glidepath still too high, the pilot wonders, “Now what?” Yes, flaps steepen descent, but many airplanes lack flaps, don’t need them; think 7GCAA Citabria (Adventure). A forward slip steepens descent enough to clear the trees and keep the runway aiming point from sliding too far behind.

Forward slips with flaps deployed are legit, depending on what the POH advises. Once in position to land, the pilot gracefully transitions from forward to side slip by raising the lowered wing with aileron and simultaneously adjusting rudder to align the longitudinal axis with the runway. As with applying top English in billiards, success comes with experimentation. Unlike billiards, whisky should not be involved.

Lacking a crosswind, no side slip may be needed. If you can’t remember whether you’re side or forward slipping, don’t sweat it. Terminology is irrelevant, mere labels created by humans who insist upon cataloging everything, making skills testable rather than learnable. The airplane doesn’t care. Although, DPEs might. Think about them as two forms of the same thing: Slips for descent (forward, as in “I’m determined to go forward with this approach”) or slips for touchdown (side, as in “the wheel on the upwind side touches first”).

Forward slips might feel awkward when first employed with any gusto. The airplane falls catawampus from the sky as the instructor insanely calls like the Titanic captain for “More rudder!” Properly executed, you won’t die but, again, check the POH. It is possible—and likely—to “run out of rudder,” a term pilot-loungers love to use while waving our hands. The AFH prefers “practical slip limit.”

In a slip, the more you bank, the steeper you descend. Forward slips are usually steepest, but at some point, you reach that limit with rudder hammered to the stop while opposite aileron is still available. You’ve run out of rudder. Gad-zooks! If you add more aileron the airplane turns, probably not what you wanted. You can lower the nose a bit to gain airspeed, which increases rudder effectiveness, allowing you to slip even more dramatically.

But, as Orvil Newton’s First Law of Unintended Consequences states, “for every solution there’s an opposite and annoying problem.” If you abruptly release the slip to land, the airplane quits flying sideways, becomes less draggy and floats in ground effect past the orange dot that the Oshkosh tower told you to hit. Plan accordingly, knowing that when you throw your Cub into a hairy forward slip on final the airport community will remark how cool you look but snicker like third graders when an unruly slip exposes your deficiencies.

Forward and side slips are vexing terms, but one could go a whole flying life without keeping the terminology straight—I have—provided you understand and enjoy their benefits. Next semester, the Aeroplane Flying Handbook will unmuddy the stalactite vs. stalagmite, counterintuitive waters of Movement vs. non-Movement areas.