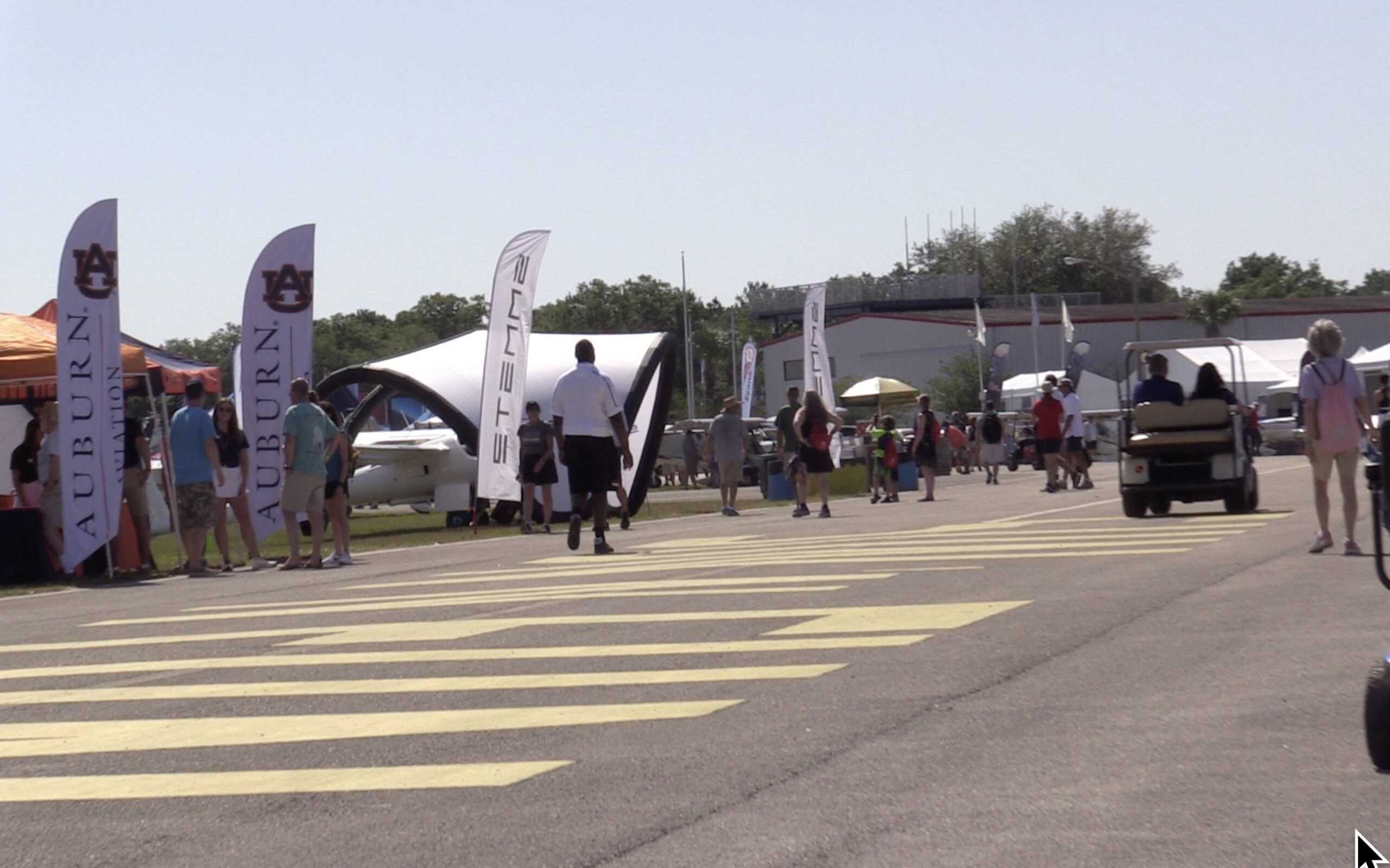 I was never a whiz at doing math in my head, but I’m worse now. So I practically had to resort to my fingers to calculate how long it has been since I humped cameras, recorders and notebooks around to cover a show: 19 months. That’s right. The last show I did was AirVenture 2019.

The skills appear to be about as perishable as flying a decent instrument approach or maybe finding my way to the gym again. How the &^%$ do you set the audio level on this stupid camera? I can’t remember. And where are the spare batteries I know I’m supposed to have? I wasn’t alone. When I was interviewing Bryant Elliott at Piper about the autoland-equipped M600, he stopped in mid-sentence at one point and said, “I can’t seem to get this right.” (Neither did Sun ‘n Fun, if that’s any consolation.) The show rap takes time to reestablish.

I heard the comment more than once. For exhibitors and attendees alike, shows have a certain rhythm you get into your head, what you want to see, where you’re walking and how you’ll get there without winding up in front of a line of PortaPotties stupidly wondering if they really had that many the last time you were here. I stood dumbly looking at a map to find Paradise City, a place I’ve been a hundred times.

For reasons that escape me, one of the radio shows wanted to interview me and the first question was framed for me to effuse about the tremendous excitement and enthusiasm I was sensing out on the show grounds. I’m sure my gaze must have reflected back a question wondering if this person had ever read anything I’ve written. I don’t have an effuse mode.

I did not sense enthusiasm. I sensed relief and resignation for finally getting back to some degree of normality. I sensed some fatigue from the dreary isolation of worrying about staying healthy, of keeping businesses afloat and wondering when it would all end. I sensed people being genuinely happy to see friends and colleagues they’ve seen, for the last 19 months, in only the bloodless pallor of Zoom calls. I was, too.

Dozens of people tagged up with me to make small talk about the show but really to say, hey, I’m coming out of the hole. You think it’s safe? You answer your own question on that one. I didn’t go because I thought it was safe, I went because I have a job to do, accept whatever risk is involved and because I happen to like doing this job.

I’m always asked about my impression of show attendance. Several years ago, I stopped this guessing game. Vendors I talked to thought the booth traffic was light, which is no surprise. Sun ‘n Fun said it was seeing record advance ticket sales, but that’s not the same thing as overall attendance. Not based on observation but gut feel, I would expect lower attendance. The exhibitor population was down by about 20 percent, with some major players absent.

Dynon had a combination virtual and manned booth, but you could find an actual human to talk to. Garmin was set up with a wait-in-line arrangement to keep people from overwhelming the booth as they usually do. I’m not sure it worked, judging by the crowd I saw on two pass-throughs. Textron had an entirely virtual display that was either the lamest thing I’ve seen in my entire career or pure genius. I’m leaning toward the latter.

It had a giant, sunlight-readable superscreen, great audio of talking heads effusing—better them than me—about Barons and Bonanzas, and little kiosks where you could scan a QR code to learn more or actually phone someone for a chat. If this is the future, I don’t mind it that much. No one would mistake me for a people person, and if I can conduct my interview with a low risk of acquiring a fatal pulmonary condition, I’m all in. Maybe not effusively, but certainly with an approving nod.

Pandemic isolation has siloed us all in such a way that we may have missed some things. While unemployment is high, aggregate economic demand is stirring and if the airlines are tanked, GA isn’t. Bryant Elliott told me Piper is going great guns and so are Tecnam and Cirrus. Randy Schlitter, who is by my estimation the closest thing to a 21st century Renaissance Man, told me he didn’t display his RANS aircraft at Lakeland this year. “Too busy. No time to do it,” he told me. I made a note to travel to Kansas and fly the new S21 Outbound. Craig Barnett of Scheme Designers told me he’s designing so many paint jobs for airplanes that he’s working nights and weekends just to keep up.

I suspect some of the companies who skipped Sun ‘n Fun this year may have done so for the same reasons. A year of showless business gave them no choice but to adjust their marketing budgets and outreach channels. Will they be back? We’ll know in a year, but my guess is yes. Expos are more than just marketing exposure; they serve as networking and idea exchange opportunities. New business comes as much from new ideas as it does from occupying a corner of the static display.

Voting With Their Lungs

In our pre-coverage of Sun ‘n Fun, I allowed as how the organizers had done about what could be expected for COVID-19 mitigation. When I interviewed Lites Leenhouts for our pre-show coverage a month ago, he said masks would be required in the hangars, although not outside. This made sense. He said the show wouldn’t police this and wouldn’t eject people for not complying. That made sense, too.

So how did they do on execution? Sadly, I’d give them a D-minus. I would say mask usage in the hangars was around 10 percent and no more than 25 percent on the sweeps I took through the buildings. I hadn’t been in the first hangar Tuesday morning for five minutes when a vendor complained to me he was told that the mask “requirement” was now a “suggestion.” That things were going south was obvious when the badge checker at the door had his mask around his chin. I saw dozens of people wandering around carrying their masks.

Sun ‘n Fun said it was taking the COVID-19 risk seriously, but I am disappointed to say it did not. And what is the risk, anyway? No one can really say. Florida has been experiencing an uptick in COVID-19 cases, but just today, a report said the test positivity rate is trending down—a good sign. If the risk is significant, the vendors—who are in the buildings all day—may be most at risk. We’ll see if any infections develop. I hope not.

My view is that if you tell people you are going to do a thing, do that thing. Don’t give it lip service. I would have stationed prominent signage stating that masks were required, just as had been planned. And I’d have further had the pass checkers tell attendees, we are asking you to wear a mask. I realize that task is not a pleasant one, but that is the job at the moment. Sometimes exercising leadership isn’t easy. If the people walk by without masking up, so be it. You’ve made a fair effort.

I saw no such effort.