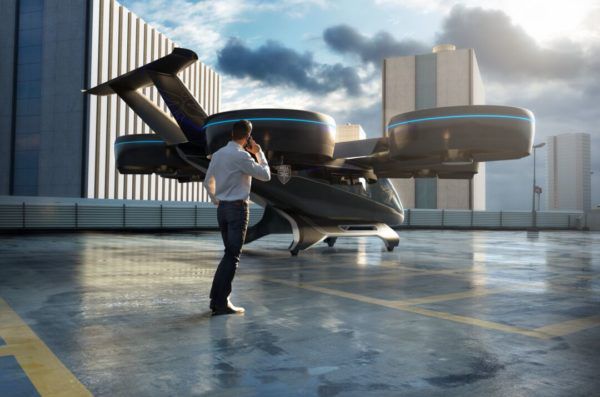 Dating occurrences from memory is always an iffy thing, but I can clearly recall a phone conversation I had with Burt Rutan. I know it was in the summer of 2001 or 2002 because my old home office in Connecticut had a skylight and I was sweating as the afternoon sun streamed through the glass.

That associative memory causes me to recall this number: 20,000. It was his estimate of how many light jets would be manufactured per year by the end of decade. You might recall we even had an acronym for them—VLJs or very light jets. (You forgot, right? Me too.)

It didn’t happen, of course. And not even close. What Rutan saw as disrupting the market was the then-emerging revolution in affordable, computer-aided manufacturing equipment that would vastly reduce the cost of building a light airplane and thus expand the market multiple-fold. The CAD-CAM evolution happened all right and it continues, but even little jets still cost in the several millions. And a new Cirrus SR22 is most of a million.

The VLJ thing failed for two related reasons, at least for Eclipse. The on-demand air taxi model that accounted for much of its sales prospects failed to gel and the entire segment never achieved anything like economic volume. A third related reason was bad timing.

So recall that prediction as another surfaces about the coming disruption caused by the aspirationally exploding urban air mobility market. Industry analyst Frost & Sullivan predicts that by 2040, the UAM fleet could total 430,000 units. Let’s put that number in perspective. It’s about twice the size of the entire current U.S. fleet of aircraft, including general aviation and air transport airplanes. It definitely qualifies as disruptive. (Just this month, Boeing and Kitty Hawk announced a new eVTOL, the Cora. They come fast and furious.)

Let’s break these numbers down. I’m confident in saying there will be no significant UAM volume in 2020 and casting ahead, my prediction is there won’t be much by 2025, either. I’ll define significant production as 1000 or more units. After 2025, I think it’s going to get interesting. When I visited Pipistrel in Slovenia last summer—they’re a leading developer of electric aircraft—they thought 2028 would be the year we would begin to notice UAM aircraft. But they are not necessarily bullish on big numbers.

Using Frost’s prediction, the industry would have to produce 400,000-plus airframes in, say, 12 years. That’s more than 30,000 a year. For the sake of amusing myself, I’m accepting Frost’s high-end estimate, even though I think it’s a fantasy based on wispy data.

It’s not because there are certification hurdles, technology limitations, infrastructure barriers, noise considerations and safety issues, although all those things exist. I think it’s a mistake to assume that just because battery limitations stunt progress now, that this will always be the case. It won’t.

I just think the basic business model is flawed. I’m skeptical that a profitable market will develop for that much air taxi volume ever, much less in 20 years. And that includes cargo and short-range delivery traffic, the initial early driver. The UAM concept assumes that a network of data-driven autonomous aircraft will draw people in the millions to flying across town rather than using mass transit, a car or a ride hail.

Ever confident of its own data-driven model, Uber is pressing forward with its Elevate UAM concept, despite a decade of money losing performance recently amounting to about a billion dollars of red ink per quarter. Tech companies are forever hopeful of the turnaround, but some drop like flies, same as other businesses. The UAM idea requires something ride hailing doesn’t: huge ground infrastructure and vehicle investment.

So in a moment of candy land fantasy, let’s just pretend by 2030, the UAM industry really is cranking out even a conservative 10,000 airframes per year and that half are people carriers. If that happens, it would be fundamentally transformative for general aviation. At this juncture, people building electric aircraft aren’t saying they’re cheaper to buy than piston-engine versions. The opposite is true. Pipistrel’s Alpha Electro costs $60,000 more than the gasoline version, when the charging system is included. But these economics are based on cottage-industry volume—dozens a year, not thousands. They remain sharply limited due to battery cost and capacity.

At the higher volumes, the ever-elusive and much-dreamed-about economy of scale kicks in. It has to or the entire business case crumbles. A rule of thumb is that reducing cost of goods/price by 10 percent increases sales volume by 2.5 percent. But Frost’s numbers are so fantastic as to be outside this relatively modest consideration.

The unpredictable wildcard is how much automation will be used to be build these aircraft, even if the volume Frost predicts materializes as just a fraction. Eventually, it’s likely to be a lot of automation, for most of these designs aren’t traditional riveted aluminum but molded composites. Structurally, they are simpler to build than a modern automobile, even an electric one.

And the aircraft themselves are likely to be equally automated. Multi-rotors have to be or they’re not flyable and a multi-motor electric fixed-wing airplane will be flown with robotics, too. Pipistrel showed me how they’re going to do that in their UAM multi-rotor. These are, of course, envisioned as commercial passenger vehicles but there’s no reason they can’t be private aircraft, too.

What would flying such a thing be like? You’d have the option of voicing in a destination and letting the machine do everything or flying it manually by simply pointing the stick where you want to go. I’m sure this will ignite sputtering apoplexy in the dedicated stick-and-rudder crowd, but not from me. I’d love to fly such a machine or fly in one while it whisks me to my destination. I may not be an actual child, but I’m a child of the modern age, ownership of a pre-war Cub notwithstanding.

If this level of disruption comes to pass—and that’s a galactic if bordering on slim chance—the spillover into what we now understand as traditional GA would be profound. That much efficient production would not coexist economically alongside bashing airplanes together by hand with rivet guns, hammers and sanding blocks. It would draw in a lot of talent and new designs that may or may not be electric, but which can’t possibly look like a Skyhawk. At least I hope not.

It’s only 20 years away. Not that far off. For those of us who imagine that if aircraft cost much less than they do now, the market would expand, these economics are enticing and would prove—or disprove—once and for all that more people would fly if it weren’t so expensive. And at the moment, it’s the only thing on the horizon that might do this. No amount of airline pilot demand is going to force volume in GA manufacturing.

Two decades hence, if creation hasn’t canceled my ticket, I’ll be 90. Someone please preserve the foregoing babble and send it to me. I’d like to see how close I got.