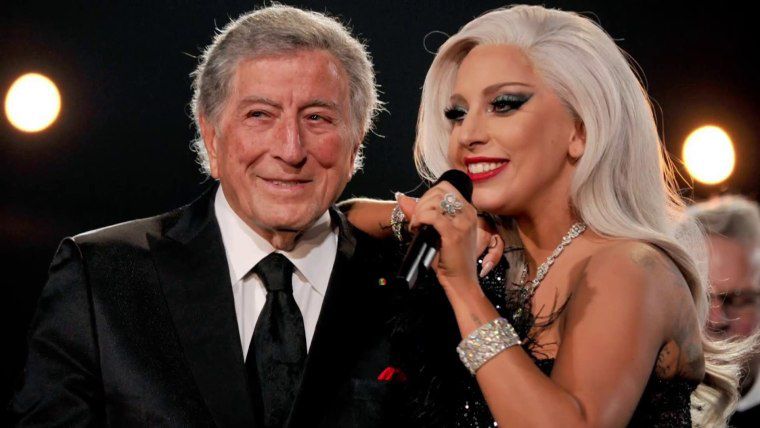 Famed vocalist Tony Bennett performed his last show in August with singer Lady Gaga. As detailed in this 60 Minutes report, Bennett, 95, suffers from Alzheimer’s but, incredibly, he still recalls the American songbook well enough to sing it by heart and from the heart. Today’s blog is a personal remembrance of Bennett singing a request for an airline crew.

One of the fun things about airline flying is getting a celebrity onboard every now and then. During the 1990s, if you were with United Airlines, on the 737 on the West Coast, you were part of “Shuttle by United” and there were a lot of San Francisco-Burbank turns. That was fun for a number of reasons: short runways, no jetways and lots of celebrities traveling between Hollywood and the Bay Area.

I can remember a few: Sharon Stone (quiet, kept to herself), Danny Glover (friendly), Craig T. Nelson (big, tall guy), Sam Elliot (you can’t miss his voice), Esther Williams (fabulously dressed and she traveled with a very young “assistant”), Smokey Robinson (he always smiled), Sammy Hagar (he had a confidence about him), and Mickey Rooney (round like a basketball in his later years.)

A few days ago I had dinner with Captains Duncan Flett and Alex Stavropoulos. I’m old and out to pasture but those two are still flying the line. For a retired guy, talking shop with airline pilots isn’t something you get to do often because you don’t spend half the month on the job anymore. Some of the talk is serious concerning changes to training, operations, aircraft, schedules and so on. Most of it is stories and most are funny stories. When those guys come over, my face usually hurts by the end of the evening.

The conversation at this get together came around to Burbank and celebrities. My list was a pretty impressive who’s-who and so was Duncan’s, but Alex looked at us, shook his head and said “yeah ok, but listen to this.”

Some of the famous folks liked to sit in the back rows of the airplane rather than up front so as to avoid dealing with a hundred-plus people filing past and noticing them. That’s what Tony Bennett did on Alex’s jet for a BUR-SFO flight one day. He and his assistant sat way back near the aft galley and were going to be the last folks off the airplane.

Tony Bennett is famously good natured so when it got to where they were walking forward—and at that point they were the only passengers remaining onboard—the aft flight attendant picked up the P.A. and announced “last person off the airplane has to sing a song!” (I bet you can see where this is going.)

Mr. Bennett smiled as he strolled forward, picked up the P.A. at the forward left door and sang about a minute of his signature “I Left My Heart In San Francisco.” There was a stunned audience of five; two pilots, three flight attendants and that’s all.

Airline people see it all, from the good to the bad. Of late, most everything that makes the news has been the latter. That one day, for that crew, it was all good, and yes, because it was Tony Bennett, it was very, very cool.

John Posson is a retired airline pilot and currently flies King Airs, Gulfstreams and Sabreliners as a contract pilot. He flies inner left wing for The Patriots Jet Team and is a P-51 instructor at Stallion 51.