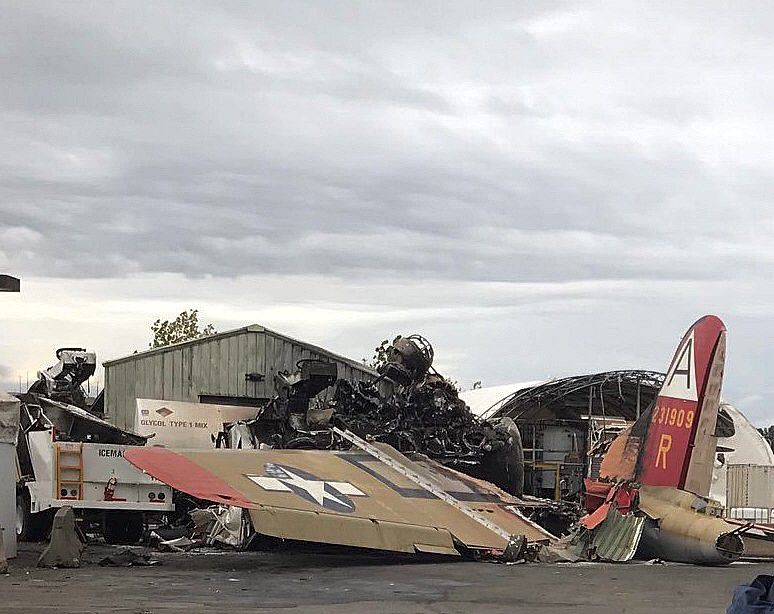 We reported last month that in the wake of the fatal B-17 crash at Bradley Airport in Connecticut on Oct. 2, the Collings Foundation is seeking support for the renewal of its exemption to carry paying passengers in World War II aircraft. As aviation nerds, are we all supposed to line up here, click the link and hosanna the petition?

Not so fast, if you don’t mind. I want to know a little more before I say, yay, this is a great idea. In principle, I support the concept of flying older military aircraft under the Living History Flight Experience exemption that basically drives the point that exposing people to these historical airplanes is worth the risk of the airframes and whatever risk the people who fly in them as passengers assume.

I reject the argument that they ought to be simply parked in museums, safe from the ravages of regular use, corrosion and the risk of crashes. The decision to fly them or ground them is up to the people who own them, not me, not the public and definitely not the FAA. That’s as it should be. But there is a compelling public interest in how paying passengers are carried, if even they are.

To be fair, the FAA and the operators of these aircraft have done a remarkable job in trying to make warbird rides as safe as possible. The operators have to have approved maintenance and pilot training programs, pilots have to be typed in the airplanes that require that and the FAA requires fairly high time (2500 hours) for PICs that far exceed the seat time young captains and lieutenants who took them into combat had. The outlines are ably explained by B-25 owner Larry Kelley in this AOPA Live video.

As I mentioned in a previous blog, since 1982, the NTSB has investigated 21 accidents involving World War II bombers. They resulted in 23 fatalities. Some 30 P-51s have crashed, 12 of them fatal; a dozen F4Us were in accidents, three fatal. These are hardly big numbers, but they’re also small aircraft populations.

While the goal may be equivalent safety and while the mechanisms to achieve that may be in place, are these procedures actually being followed and were they in the Collings crash? I’d like to know and I’m not going to respond to one knee jerk—the senator who called for grounding these aircraft—with another knee jerk—why, based on my passion for aviation, grounding is just absurd! Let’s see an accident investigation and some actual data.

I’m not one to believe the government ought to step in and protect us from ourselves. My view is that you ought to be allowed to take whatever risk animates your need for adrenaline. But it’s delusional to think the FAA doesn’t or shouldn’t have a role in this. And if these operations aren’t at the equivalent level of safety—in other words, if a B-17 isn’t actually as safe as a King Air—say as much. Don’t allow an unsuspecting passenger to think otherwise just because the FAA has some paperwork.

When Congress confronted the prospect of space tourism, it realized there was no way the FAA could certify these vehicles as safe. I’m not even sure where you could start to do that sort of thing. So it followed the doctrine of informed consent for participants, which basically allows passengers to ride rockets or anything else under the understanding that the government has no role in assuring safety.

It’s even got its own regulation—460.9—and the required language couldn’t be simpler: “The United States Government has not certified the launch vehicle and any reentry vehicle as safe for carrying flight crew or space flight participants.”

The actual risk of space tourism is implied, since we haven’t done enough of it to understand the real risk. Riding in warbirds certainly isn’t on that same level, but it’s also not like getting into a King Air.

In skydiving, we have a multi-page waiver that everyone has to sign—initialing it in a dozen or more places—basically saying you’re taking your life into your own hands, you can get killed doing this and although we’ve done all we can to prevent that, it’s ultimately on you. Skydiving couldn’t exist as a sport without this. Collings has a waiver for passengers, too, but I don’t know what it says. I asked them for a copy and on the advice of counsel, they declined.

But I know what it should say. And anyone who signs it should be allowed to fly in anything they want, whenever they want. Informed consent makes certain that people who could die in a crash understand what they’re getting into without being lulled into the belief that this is a like getting on an airliner.

As for the petition, I’m thinking about it.