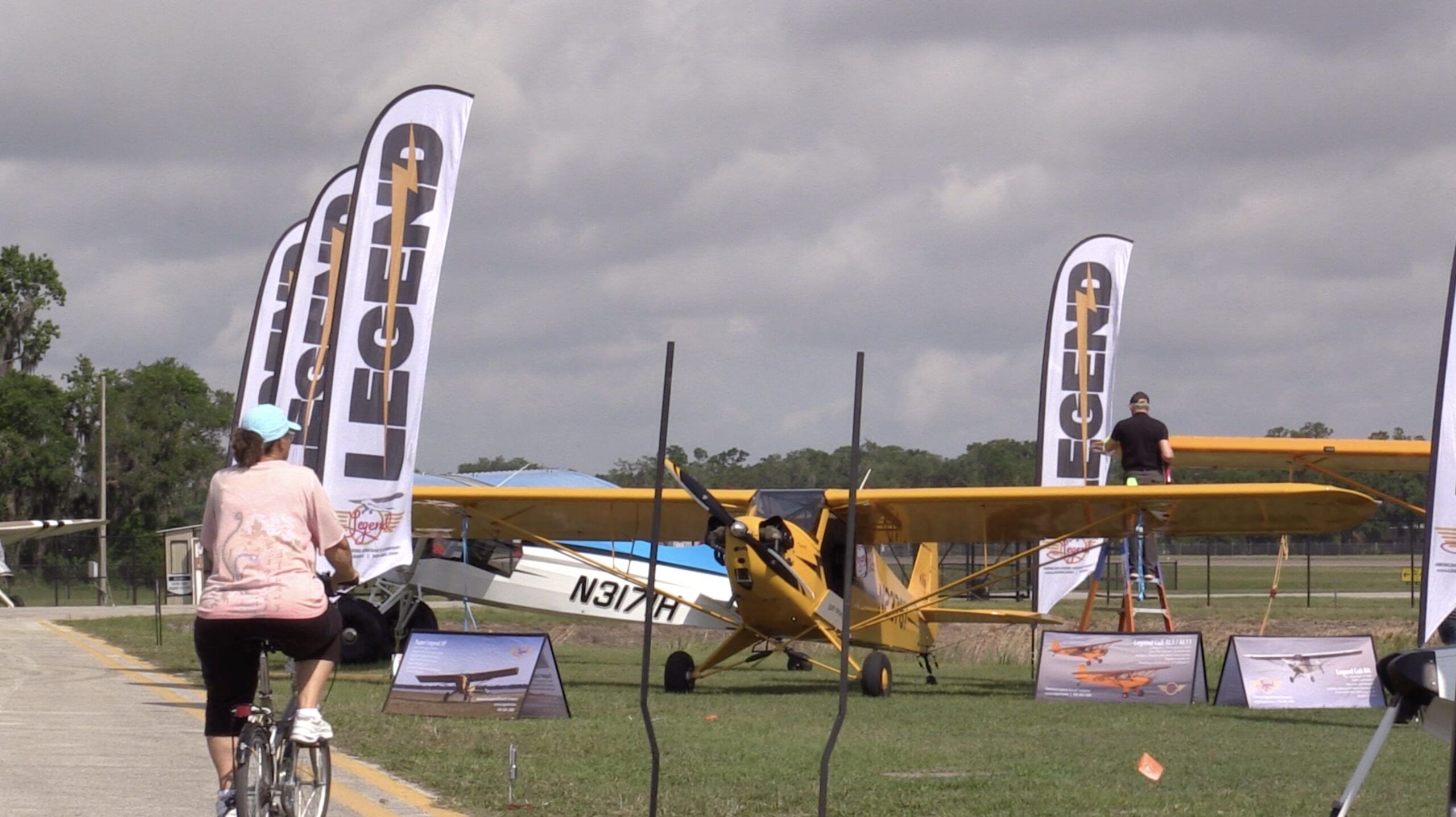 Rochelle P. Walensky is twisting her pearls on national television and as surely as I-4 was a parking lot last Saturday, I am setting myself up here. I am going to Sun ‘n Fun. I have reviewed all the data, not that there is much worthy of the label, and have made a carefully calculated risk assessment, as though such a thing were anything other than the realm of fantasy trips to Mars. I am going. And applying the same standard Potter Stewart used to judge pornography, I will turn on my heels and flee if certain circumstances are not met. I’m planning to know it when I see it, but I can’t describe it before that.

Vague enough? I devised this penetrating strategy while sweltering in traffic Saturday on another of Florida’s ribbon parking lots: I-75 north of Apollo Beach. The whole of I-75 was mostly a parking lot on Saturday in a way that it never has been before, leading me to conclude that something is definitely going on. And what it is is good weather, pandemic fatigue, the shrugging off of vaccine paranoia and $1400 checks from the government hitting all at once. Sun ‘n Fun will, I predict, be the beneficiary or the victim of this, depending on your point of view. For another related data point, I returned to skydiving over the weekend after a five-month hiatus. So did a lot of my friends, having reached the same conclusion at the same time. We wore masks in the airplane, but nowhere else.

When I interviewed Sun ‘n Fun President Lites Leenhouts two weeks ago, he explained that in the interest of encouraging physical distancing, the show will throttle admissions to allow no more than 30,000 people on the grounds at once. He doubted it would come to that. I’m not so sure. That’s a little over two weeks from now and a chart the CDC never publishes—the curve labeled Here’s How Much I’ve Had it With These Restrictions—might just be exponential. I predict it will be better attended than expected.

But should it be? I reached my conclusion about going because of all the AVweb staff, it’s local for me and I feel a duty to the industry, our readers and our advertisers to provide as much on-scene coverage commensurate with our abilities as possible. “Commensurate” means accepting reasonable risk as a tradeoff against doing the job of covering a show. By then, I’ll be at peak immunity from my second vaccination and what’s the point of vaccination if you can’t rely on it to at least poke your head above the lip of the foxhole?

Sun ‘n Fun faced a difficult call in January. And it’s kind of binary. Should they go forward with the expo or call it off for another year? Florida is and has been free of restrictions on larger gatherings for months and restaurants and bars are, if not operating normally, seeing plenty of business. Mask usage is generally good where it’s asked, which is the case for most businesses. COVID-19 activity here has declined, but also plateaued. It’s a case of not bad news, but not good either. Had it been my call to make, I’d have made the same decision Sun ‘n Fun has, which is to proceed with a somewhat reduced event. I might have reduced or eliminated the airshows.

The event has in place what I consider a reasonable mitigation strategy and it’s well explained in the video. They’re setting out the standards and recommendations and relying on the courtesy—and self-interest—of attendees for compliance. No mask police; no breaking up of the gaggles that inevitably assemble when many people convene in the same place for the same reason. The organizers are relying on the cooperation and courtesy of people attending to comply. What a concept. I hope it works. And let’s not call this “safe,” but acceptable risk.

But there are always spoilers. Shortly after Texas lifted all of its mask mandates, a woman was arrested and cuffed in a bank after she refused to use a mask, the claim being she had the right to do so. She was right, except that the bank set its own standards and asked customers to cooperate. Those who declined could leave or face arrest for trespassing. Sun ‘n Fun won’t go that far, nor should they. Nor should anyone flout the mask requests just to make a point. I’m just as confident the former won’t happen as I am that the latter will.

The real risk is unknowable. Sun ‘n Fun attracts an older crowd so the prevalence of vaccinated people will probably be high, but who can predict a sort of local herd immunity? I consider being outdoors to represent no or minimal risk so I don’t wear a mask. But in or near crowds, it’s different. I am likely to avoid the vendor hangars entirely or enter only if they are lightly populated. What continues to animate my behavior now is what always has: Other people. I surely don’t want to contract COVID-19, but I loathe passing it on to someone else or landing in the hospital and exposing medical workers because of my own carelessness and lack of discipline. That doesn’t translate to hiding in a hole forever, but it does mean I’ll take every precaution I can where I can.

For many companies, especially smaller ones, the trade shows represent a significant portion of their marketing efforts and a chance to meet face-to-face with customers. For some, this has not happened for almost a year and a half so I am certain many feel self-imposed pressure to attend. That means their principals and employees will spend many hours in the hangars and even though the risk may be undefinable, that represents a lot of exposure to whatever it really is. If the least we can do to mitigate that is wear a mask and maintain distance where possible, this is simply not too much to ask.

As we all know, this is a hot-button issue. I’m writing about it again because I feel it’s my job to support what Sun ‘n Fun has decided to do here, just as I supported their decision to cancel the show last year and, a few months later, AirVenture. Canceling the show for a second year running is too steep a price, in my view. The risk tradeoff is now worth it and it’s time to move forward. Cautiously.

When we published the interview with Leenhouts, I was stunned at the number of nasty comments I had to delete. Our normally well-received YouTube channel temporarily turned into a cesspool. A common accusation was that COVID-19 precautions are nothing but virtue signaling. Well, yeah, if it’s a virtue to take what measures you can to keep your mass gathering from turning into a superspreader event, I guess it is.

I’m leaving the comments open for now. And while we welcome and encourage all points of view expressed respectfully, I’ll delete the ones that include name calling or political diatribes not related to the topic at hand. For whatever reasons you deem appropriate for you, you can decide to go to Sun ‘n Fun or not, but I won’t let this become a forum to attack the organizers for trying to reduce the risk of running a major aviation event.