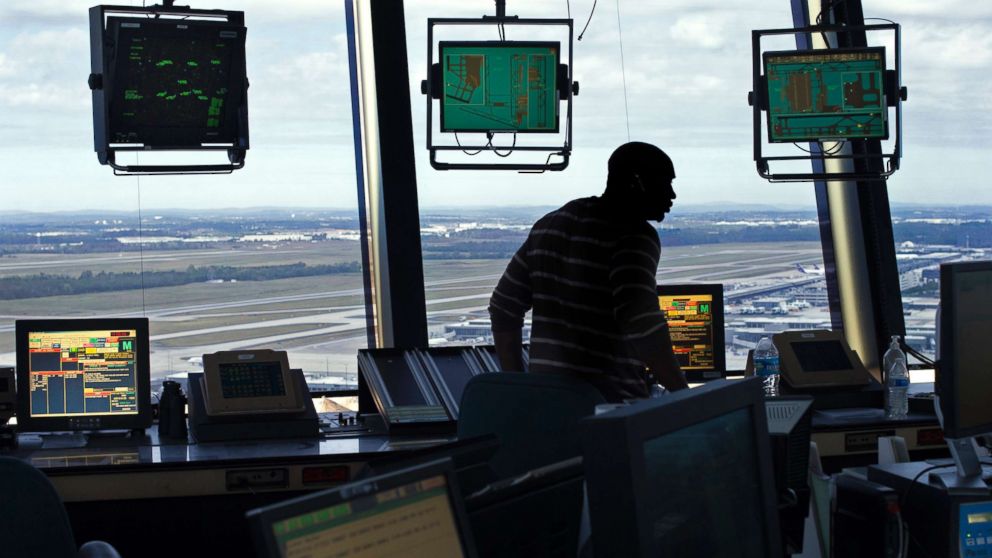 When Langston Hughes invited, “Bring me all of your dreams, you dreamers,” it’s doubtful the poet’s 1932 audience carried EAA cards. The sentiment, though, applies nicely to GA. The early 1930s was a dismal time with aviation struggling against reason to keep the Roaring Twenties aloft. But persistent dreaming and a massive injection of deficit funding brought us to where we are today: a tad bewildered but still dreaming. And, occasionally those dreams get, well … weird, including my nocturnal ATC flashbacks.

I haven’t said “Cleared to land” with any authority since I left the FAA two decades ago. I’ve kept my CTO (Control Tower Operator) certificate for that moment when the approach frequency is interrupted by a panicky management voice pleading, “The controller had the fish for dinner and is incapacitated without pre-authorized sick leave, can anyone please clear these airliners packed with orphaned puppies to land?!”  And my repressed Walter Mitty leaps to unscramble the mess. Except in my dreams the mess gets muzzier.

I haven’t queried former air traffic controllers, but I’ll wager your paycheck that many’s the retired controller who slips into the land of Nod somewhere west of Laramie where I routinely find myself back in the TRACON, staring at a traffic display—what we used to call a radar scope—and wondering, “What am I doing here?” And, “What’s a TRACON?”

While TRACON sounds like a supervillain (“Hail, Lord TRACON, Controller of the Universe”), it means Terminal Radar Approach Control, an ATC facility. That alone doesn’t impart much cachet. But within the windowless lair you’ll find superheroes who keep Bombardiers from impaling passing Mooneys. With great power, however, comes gnawing memories, including my recurring nightmare of pilots stepping all over each other on the radio: “Request lower … deviating for weather … picking up moderate rime …” And I think, “What’s rime?” And, again: “What am I doing here?”

But panic doesn’t take hold—not yet—as I issue radar vectors, using only the four easy points of the compass—North, South, East … and the other one. I keep it simple, because I can’t for beans remember the localizer’s final approach course heading, the name of the FAF or the control tower’s frequency … or even the name of the tower. Am I back in Monterrey approach …? And why is that pilot still asking for lower while a pelican moonwalks across the scope in a top hat and paisley suspender?

To date I’ve not killed anyone in these somnambulant freakouts. Mostly, I fake it through the mist of forgotten procedures and hope for relief, which eventually arrives when I awake to learn that it was a dream. Harmless, but I feel embarrassed at my less than fully successful performance, even though it isn’t real. As an awake controller I rarely thought about the souls on board (SOBs) the aircraft. The Corleone credo, “It’s not personal, it’s just business,” was likely coined by an air traffic controller. And my business was to vector targets while doing my best to not screw up. In ATC 70 percent ain’t passing.

I can only recall two occasions when I worried about the human cargo onboard my radar targets. The first involved a Seneca, inside of which my friend, Wayne, was dodging thunderstorms that grew like killer mushrooms beside the localizer. Blending his Stormscope view and my take on the metastasizing radar returns, we conjured a slam-dunk intercept at the outer marker that wasn’t by the book, but the towering CUs morphing into TRWs hadn’t read the ATC manual. I only wanted my friend safely out of the clag.

The next occasion involved an acquaintance nicknamed Fearless shooting a VOR approach on a winter’s night into a non-towered airfield inside my airspace. Jets and turboprops had been reporting moderate icing, when here comes Fearless in his Cherokee, slogging through the procedure turn loading with so much ice I could barely understand his transmissions. Didn’t matter, because I lost radar contact and waited for Flight Service to call saying, “He’s on the ground.” Except he wasn’t.

The next radio call from Fearless was deathly tight and garbled: “… missed approach … more ice …” Again, the book was tossed, and I drew an imaginary final approach course line on my radar scope where none was depicted and vectored the target to intercept—no PT, no legal standing and no comment from the supe, now standing behind me. Fearless survived to fly many other IMC days, but I have no idea if he’d been as terrified as I was. Or if he ever dreams about it.

Not all dreams are stinkers. Like the one wherein the Commemorative Air Force’s pilot of everything I’ll never fly,  Doug Rozendaal, points to a P-51 and says, “Take ‘er ‘round the patch,” and before I can admit that I have no idea how to fly a Mustang, he growls, “Flies just like a Cub.” And because it’s my dream, it does.

The sky is a mirage. It doesn’t exist, but we pilots—we dreamers and aeromantics—just can’t seem to keep our tails out of what we know is pure fantasy. Our ability to take wings and engines and “wrap them in a blue-cloud cloth” goes far beyond physical transportation. It’s alchemy that lifts dreamers above “the too rough fingers of the world.”

Maybe Langston Hughes wasn’t addressing us, but we should embrace his advice and not sweat those nightmares of botched landings or busted checkrides. Instead, surrender to the wings of Morpheus as the privileged creatures we are, flying “away from the too rough fingers” of reality.

Meanwhile, here on Earth. Perhaps someone could explain why I keep dreaming that I’m back in Army basic training, in formation with a drill sergeant’s face screaming into mine as I realize I’m standing at attention in my underwear, while the rest of the company is in helmets and fatigues, and I have no idea where I left my M-16 … or why I’ve re-enlisted. And the merciless dream goblins laugh, “You never left.”