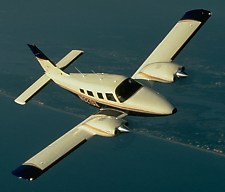 New Piper and Raytheon joined the chorus of GA companiesrepeating the mantra of missed projections and staff layoffs this week. At NewPiper, they’ve already cut pre-9/11 staff levels by a third to about 1,000employees and no further cuts are anticipated … except in revenue. New Piperhad hoped to build 331 airplanes this year but will only make 300. Of those,only 213 are sold. Last year, the company sold 444 planes. "We haveabsolutely been hit hard," company spokesman Mark Miller told The PalmBeach Post. "This continued decline in the economy … has beenunremitting." Miller said the earliest he expects improvement is thesecond quarter of next year and the lean, efficient company should be well-positionedto exploit it. "Our whole focus is to be prepared once the economyrebounds." Raytheon doesn’t appear to share that optimism. It’s sheddinganother 220 workers in Wichita and projecting even fewer aircraft deliveriesnext year. It’s expecting to build 339 planes in 2003, down from 356 this year.Hardest hit is its commuter turboprop, the Beech 1900D. Only one will be builtnext year compared to 12 this year. 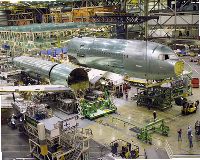 This is where we’d prefer to say it’s not all doom andgloom. Unfortunately, it is — this week, anyway. Boeing’s latest layoff plansinclude about half of the 1,400 workers who put together 767s in the Seattle area.The announcements are expected in December and are on top of the 30,000 layoffsalready planned by Boeing. "I think it’s clear that we are going to havefewer people around here next year than we have this year," Martin said."This industry is in terrible condition." And when you have fewerpeople on the shop floor, you need fewer people in administration. Up to 1,500office workers will be axed as orders dwindle. There are still, however,168,400 people working for Boeing. The company is getting a little help fromthe government to cope with a new threat. Deputy Secretary of Commerce SamuelBodman said he might complain to the World Trade Organization that Europeancountries are illegally subsidizing the $11 billion in development costs of thesuper jumbo Airbus A380. Airbus already has 97 orders for the 555-seat jet,which will break Boeing’s monopoly in that market.