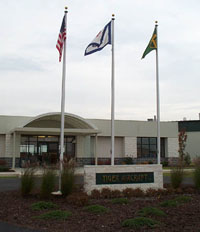 The Tiger Aircraft bankruptcy filing shows that 70 percent of Tiger is owned by three Taiwanese investors. However, the lone American investor, Teleflex Inc. of Limerick, Pa., also shows up as the company’s biggest creditor. According to the filing, Tiger owes Teleflex, which makes parts for the aerospace, marine and automotive industries, $356,000. Other major creditors include former CEO Gene Criss, who’s owed about $150,000 in back wages and benefits, and there’s a tax bill of about $115,000. There’s a total of about 100 creditors and they’ve all been invited to a meeting Feb. 15 to see where things will go from here. According to AOPA, it appears that politics in Taiwan killed the American dream for the Martinsburg group. The project was apparently abandoned by the Taiwanese investors as a result of political changes in Taiwan.