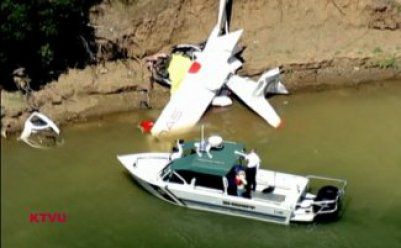 The ICON A5 that crashed on Monday morning, killing two company employees, including the highly respected aerodynamics engineer and test pilot Jon Karkow, was seen maneuvering low-level at cruising speeds seconds before the accident. Peter Knudson, public affairs officer with the NTSB, told AVweb that a witness saw the aircraft flying 30-50 feet above the water. The plane then turned into a cove, applied full power, pitched up and rolled to the left. The aircraft went out of the witness’ line of sight shortly before impact with the terrain. The NTSB confirmed for AVweb that there was no post-crash fire. The second victim, Cagri Sever, was a new employee of the company on board as a passenger for an introductory flight. The ICON A5 is equipped with a flight data recorder, which was recovered, and the NTSB is attempting to download the data in support of its analysis.

Karkow was flying on the south side of Lake Berryessa in an area that was off-limits for takeoff and landing of seaplanes, according to Max Trescott, host of the Aviation News Talk podcast and a local flight instructor of amphibious aircraft. According to the NTSB, the area has a maximum speed limit for boats of 5 MPH, but Knudson noted that “they have no reason to believe the aircraft was attempting to take off or land” immediately prior to the accident. This crash is the second hull loss for the A5 in the last two months. In both cases, the sole occupants were ICON employees.