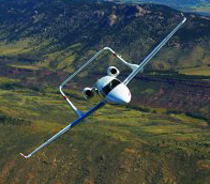 High Performance Composites Magazine is reporting that Adam Aircraft’s new owner has quietly restarted work on the A700 very light jet less than a month after taking over the company. Russia-based Industrial Investments bought the assets of the Colorado-based planemaker in April and, according to the magazine, held onto at least 50 key employees. They’re among 60 people that were to have been back at work on May 1.

Industrial Investments is owned by a former high-ranking Russian government official and was the mystery customer that had ordered 75 A700s before Adam’s cash problems became evident in January, according to the magazine. There has also been speculation in the aviation press that the reborn Adam will shelve the piston twin A500, which is certified, and concentrate on achieving certification for the jet.