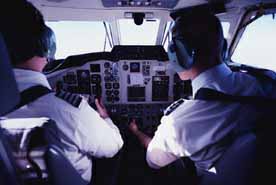 The airline industry is suffering from “automation addiction,” Rory Kay, co-chair of an FAA committee that is examining pilot training, said in an Associated Press story published on Tuesday. “We’re seeing a new breed of accident with these state-of-the-art planes,” said Kay. “We’re forgetting how to fly.” Pilot skills have been cited by investigators in two recent major accidents, the Buffalo crash of a regional airliner in 2009, and the 2009 Air France crash of an Airbus A330. How pilots respond to the sudden loss of automated aircraft systems “is the big issue that we can no longer hide from in aviation,” Bill Voss, president of the Flight Safety Foundation, told the AP. “We’ve been very slow to recognize the consequence of it and deal with it.”

Voss said the solution will require changes in cockpit procedures, not just in training, where pilots spend just a few days a year. Paul Railsback, operations director at the Air Transport Association, told the AP that airlines are aware of these issues. “We think the best way to handle this is through the policies and training of the airlines to ensure they stipulate that the pilots devote a fair amount of time to manually flying,” Railsback said. “We want to encourage pilots to do that and not rely 100 percent on the automation. I think many airlines are moving in that direction.” Kathy Abbott, an FAA researcher studying these issues, found last year that “pilots sometimes abdicate too much responsibility to … automated systems.” She added that sometimes pilots don’t get enough practice in hand-flying and will hesitate to take control away from the computer in an emergency.