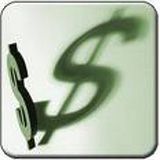 Arcapita Bank BSC, the private equity company and former majority shareholder in Cirrus Aircraft, filed for bankruptcy on Monday, saying it couldn’t reach a deal with creditors on debt repayment. The company, which describes itself as a “manager of Islamic compliant investments” that manages $7 billion, says it now has only $3.06 billion in assets against $2.55 million in liabilities. “This global recession has hampered the Arcapita Group’s ability to obtain liquidity from the capital markets, and has also resulted in a reduction in asset values,” the company said in a statement. Just last year Arcapita sold its 58 percent stake in Cirrus to China’s CAIGA after several years of turmoil at the Duluth-based company.

Arcapita does not appear to have any other aviation-related investments. Analysts say the bankruptcy move will give Arcapita a chance to restructure without creditors trying to go after its assets, which include a big power company in Ireland, according to Bloomberg.