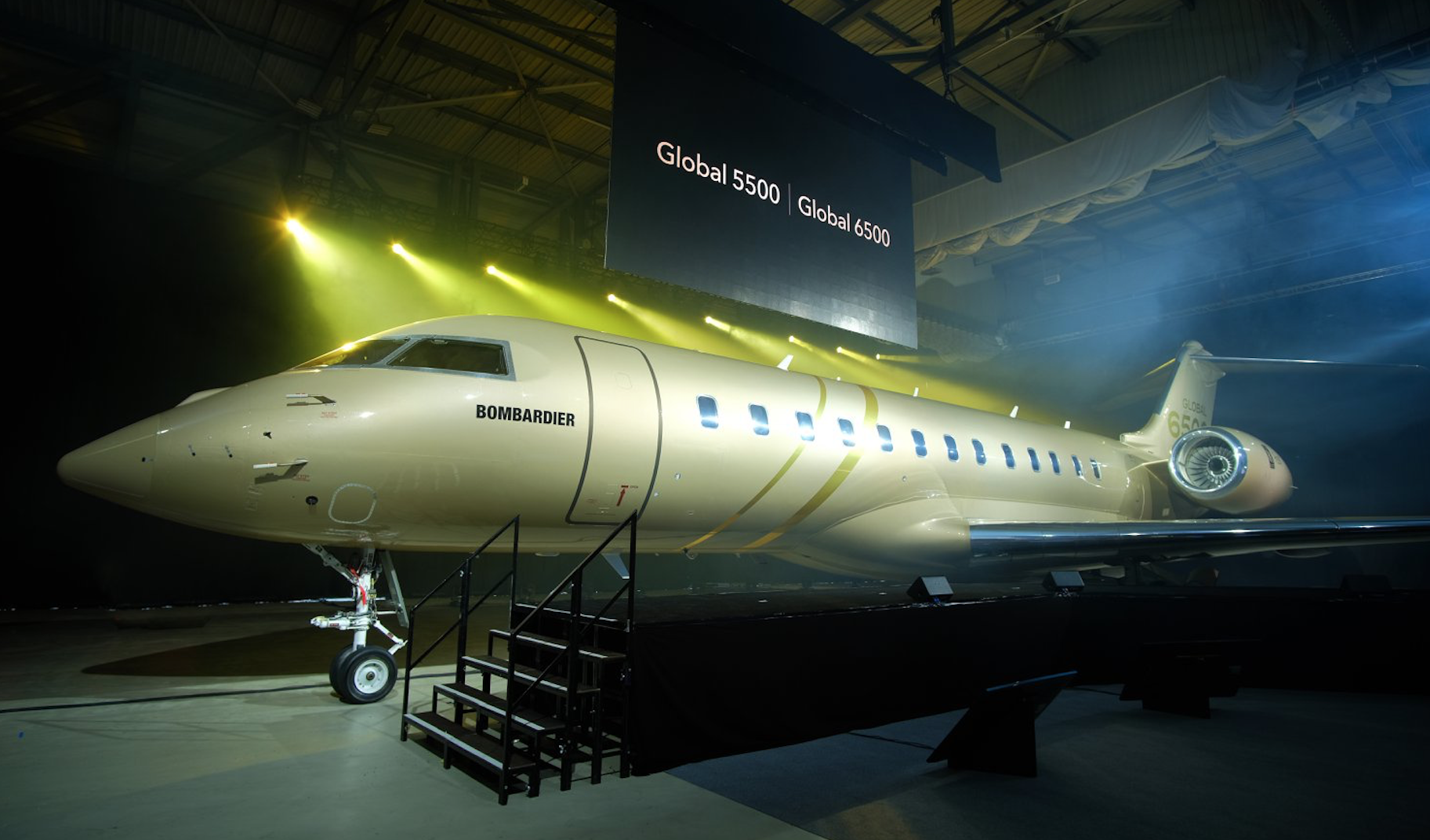 The European Business Aviation Convention & Exhibition is underway this week in Geneva, and on Monday, Bombardier introduced two new business-jet models, the Global 5500 and 6500. The jets feature a newly optimized wing design and all-new Rolls-Royce engines, providing ranges of 5,700 and 6,600 NM, respectively. The two jets are expected to enter service by the end of next year. Also at the show, HondaJet introduced a new model of its twinjet, called “HondaJet Elite.” The new model features an extra 200 NM of range, noise-attenuating structures for the engines and upgrades to the avionics, including automatic stability functions. HondaJet says the airplane is the most fuel-efficient in its category. Also, Textron officials provided an update on the Denali single-engine turboprop.

The fuselage, wings and tail cone of the first three flying Denali prototypes are now in production, the company said, with the goal of getting the aircraft ready for first flight early next year. Textron also said the Denali production line has been upgraded with new technologies and robotics. Also at the show, business aviation advocacy groups said they plan to “redouble their focus” on advancing the development and adoption of sustainable alternative jet fuels, with the goal to reach “carbon neutrality” by 2020. The coalition has produced a new guideto sustainable fuels for jet operators that provides details about what fuels are available, how to access them and why it’s worth the effort to seek them out. The group also called upon governments around the globe to provide legal and regulatory frameworks to support the further development of sustainable jet fuels.