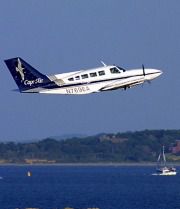 A new law that will require first officers in regional jets to hold at least an ATP certificate is not yet official, but it’s already affecting aviation careers, Kent Lovelace, chair of the aviation department at the University of North Dakota, told AVweb this week. The law will take effect this August, whether or not the FAA has completed its proposed rulemaking process, Lovelace said. The regionals already have started to reject applicants who aren’t likely to log the minimum 1,500 hours total time by this summer, and the change also has caused some students to choose a different career track. The regionals’ applicant pool has shrunk “to where some carriers, the usable applications they have on file are virtually nil,” says Lovelace.

Lovelace said in one recent survey of aviation students, with more than 1,600 respondents, about 8 percent said they had abandoned plans to fly for the airlines because of the rule change, and 32 percent were rethinking their career choice. These changes will likely contribute to a projected shortage of up to 35,000 pilots over the next 20 years or so, starting two or three years from now, he said. The full text of the analysis and forecast of the pilot supply, to which Lovelace was a contributor, is posted online (PDF). Lovelace spoke with AVweb about his research; click here for the podcast.