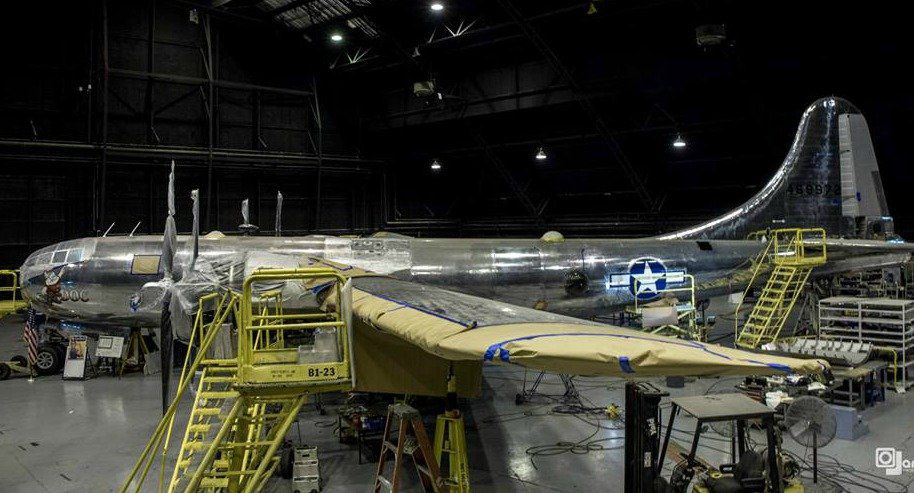 The team restoring a B-29 Superfortress in Wichita says the airplane will be ready for flight testing in the spring, and they are planning to fly the airplane this summer at EAA AirVenture, where it will join the B-29 Fifi. “It’s the first time in 60 years that two B-29s have been able to fly in formation together,” T.J. Norman, the restoration’s project manager, told the Wichita Eagle recently. He added that the fleet is not likely to grow. The airplane, known as Doc, is the last known B-29 capable of being restored to flight. “There will never be another one of these done,” Norman said.

Doc is ready to start flying now, the team said, but must wait for temperatures to rise above 50 degrees to warm the engine oil, since they have no portable oil heaters that can do the job. A ceremonial rollout is expected in March, to be followed by engine run-ups and taxi tests, with the first flight in April or May. The project has been underway in Wichita since May 2000.