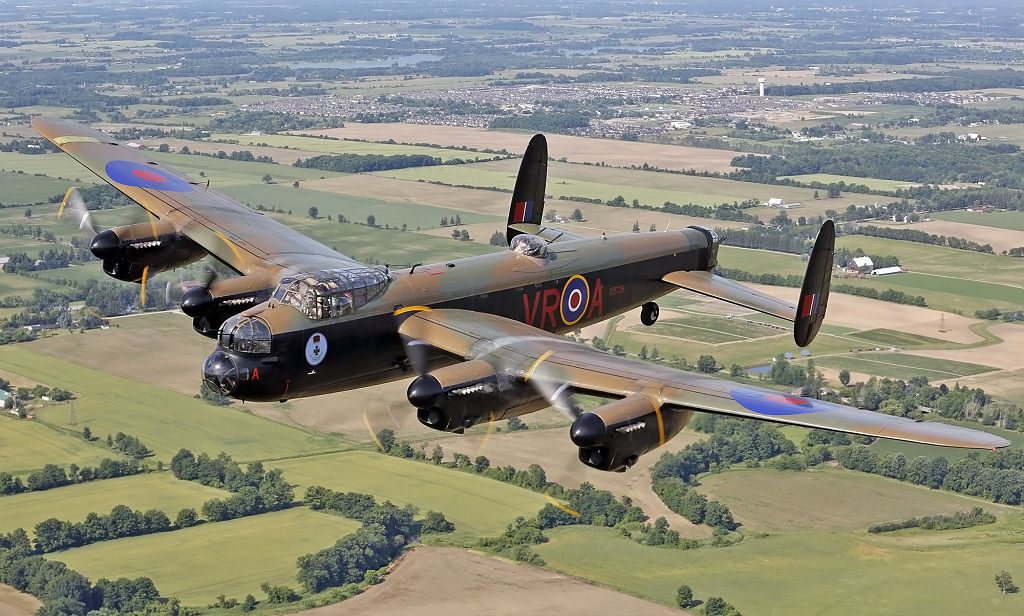 No longer is there an airworthy Avro Lancaster in the Americas. On Friday morning, the Canadian Warplane Heritage Museum’s MK. X Lancaster landed in England, ending what is being described as an epic adventure across the Atlantic Ocean that began Monday. Arrival festivities at Royal Air Force Coningsby airport were slightly dampened by soggy weather that kept the world’s only other airworthy Lancaster from greeting the Canadians in the air. Not to be deterred, RAF fighters escorted the Lanc in at about 2 p.m. local time. The Canadian bomber will take part in numerous airshows over the next six weeks in the United Kingdom along with the RAF-owned Lancaster. The last leg of the trip across the North Atlantic was a 5.5-hour flight from Iceland.

Considered by many to be the most famous Allied bomber of the Second World War, the Avro Lancaster had flying characteristics that allowed it to be tossed around like a fighter and operational performance only exceeded by the later developed Boeing B-29. Equipped with four 1145-HP Rolls-Royce Merlin X engines, versions carried bomb loads as high as 22,000 pounds (the American B-24 could carry 8,000 pounds on a short-range mission) and cruised at 175 knots, about the same as the B-24. The Canadian Warplane Heritage Museum’s Lancaster was built in Malton, Ontario, Canada in 1945 and, as restored, is dedicated to the memory of Royal Canadian Air Force Pilot Officer Andrew Mynarski. Mynarski was posthumously awarded the Victoria Cross, the Commonwealth’s highest award for gallantry, after his Lancaster was shot down in flames on June 13, 1944, and he perished while saving his tail gunner who was trapped in the rear turret of the burning and out-of-control bomber. It is painted in the colors of his aircraft and referred to as the “Mynarski Memorial Lancaster.”