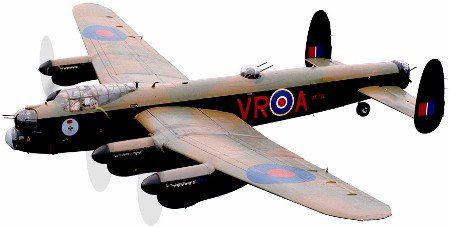 The Canadian Warplane Heritage Museum’s Lancaster bomber is back at its home base in Hamilton, Ontario (about 40 miles west of Toronto) after a triumphant and, at times, dramatic six-week tour of the U.K. The aircraft touched down at John C. Munro Airport just after noon on Sunday after a leisurely trip from Lincolnshire in England that began last Tuesday and included stops in Iceland, Newfoundland and Labrador and Quebec. The aircraft left Hamilton in early August on a flight to the U.K. that marked the first trans-Atlantic flight of a Lancaster in more than 50 years. Once there, it was joined by the only other flying Lancaster in the world, the RAF-operated Battle of Britain commemorative aircraft, for a schedule of airshow appearances and flypasts viewed by hundreds of thousands of people.

The tour was marked by drama when an engine failure forced a smoky return to Durham Tees Airport in northern England in late August. The RAF supplied a replacement engine and the tour was back in the air less than a week later. However, the total cost of the repairs and rental of the RAF engine is expected to be at least $180,000. CWH CEO David Rohrer, who was one of the pilots on the trans-Atlantic flights, told CBC News a fundraising campaign has started and he seemed unconcerned about covering the cost. “We’ll find a way; we always do,” he said. Rohrer said the tour was a tangible reminder of the Lancaster’s and Canada’s service in the Second World War. “That act of service and commitment and duty and valour when required is something we should never forget,” he said.