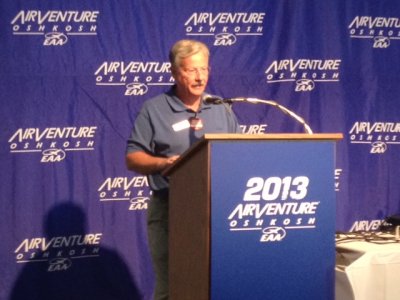 Despite the ongoing economic downturn, Cessna continues to move forward on new product development, including the Model 162 SkyCatcher LSA, the large-cabin Citation Columbus business jet, and the Citation CJ4, the company said in a news release on Wednesday. “Despite the uncertainty of the world’s economic environment, we believe it is critical that we not compromise our future,” said Cessna CEO Jack Pelton. “Our new product development programs are proceeding on schedule. We remain committed to investing in these programs, whether it is in aircraft development, facility construction or ensuring we have the people resources to meet our schedule.” The SkyCatcher is nearing final ASTM compliance certification and deliveries are planned to begin later this year, the company said. Flight testing is focused on gathering data and making minor refinements to ensure the aircraft complies with ASTM requirements and fulfills its intended role in the training and sport flying market, Cessna said. An extensive ground vibration test, though not an ASTM requirement, was conducted to ensure a high standard of airframe integrity. Additional testing beyond the ASTM requirements will include a full airframe fatigue test on a production aircraft.

The company is investing $780 million in the Columbus program, which was formally launched about a year ago. The airplane, which will be Cessna’s biggest ever, is on track to start deliveries in 2014. More than 850 workers are assigned to the project, and a massive new assembly facility is under construction in Wichita. The Citation CJ4, the newest member of the CJ series of light jets, is expected to be certified later this year and to enter service early in 2010.