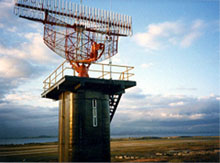 Talks between air traffic controllers and the Brazilian government broke down Tuesday when the controllers refused to say they wouldn’t strike, Reuters reports. The controllers had walked off the job over the weekend, and thousands of passengers were stranded when the government closed down the airports. They were back at work the next day, after the government finally agreed to negotiate. The civilian controllers, who are employed by the air force, have complained that they are underpaid and their jobs should be under civilian control. Brazil’s president was expected to sign an order this week to create a new civil aviation agency to oversee the country’s airspace, which would have addressed one of the controllers’ main concerns. That change now is uncertain. The strike over the weekend was prompted by complaints from controllers that the air force had transferred workers to remote facilities to punish them for taking part in work slowdowns that have been part of recent protests. The system has been dealing with an ongoing crisis since last September’s fatal midair collision between an airliner and a corporate jet. It was the nation’s worst air disaster.