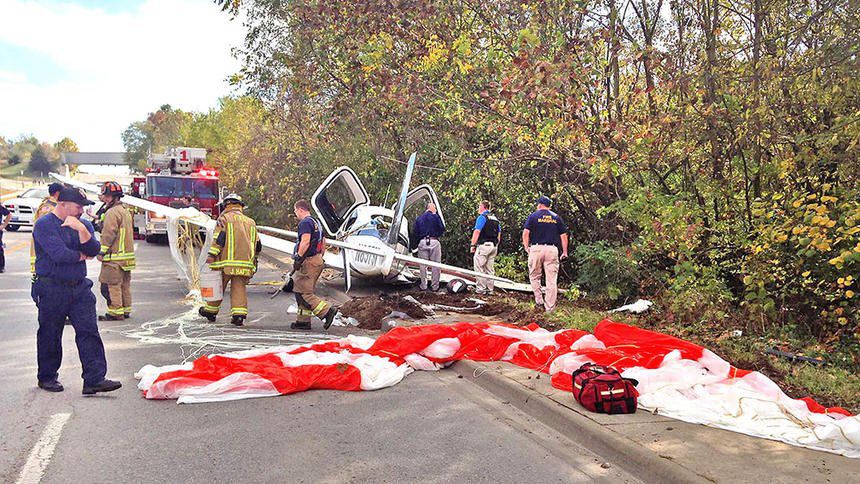 A loss of oil pressure and what appears to be a high-speed descent prompted the pilot of a Cirrus SR22T to deploy the BRS airframe parachute over Fayetteville, Arkansas, Tuesday, where it struck a pickup truck as it landed alongside a busy street. Much of the descent under canopy was caught on cellphone and dashcam videos. KFSM in Fayetteville reported the Cirrus, with three on board, landed on Martin Luther King Junior Boulevard near a high school and a college. The pilot and owner of the aircraft is former Wal-Mart CEO Bill Simon, who is now an adjunct professor at Baylor University in Waco, Texas. All three on the Cirrus and the driver of the truck were taken to hospital for minor injuries.

The Cirrus departed Bentonville Municipal Airport about 9:35 a.m. Tuesday, bound for Waco, Texas. The aircraft was 200 feet short of its filed altitude of 10,000 feet when it began descending, according to data on FlightAware. The altitude log also indicates a descent rate increasing to more than 3,200 feet per minute as the aircraft passed through 7,500 feet, with the speed reaching 219 knots before the descent began to taper off over the next few minutes. It’s unclear when the mechanical issues began or whether there was a loss of control, but an ATC recording shows Simon reported he was “losing oil pressure” and was told Drake Field in Fayetteville was 10 miles away, then 3.5 miles away. It appears the parachute was deployed between 2,500 and 2,200 feet. The FAA was at the scene and crews placed the Cirrus on a trailer to move it to the airport for inspection.