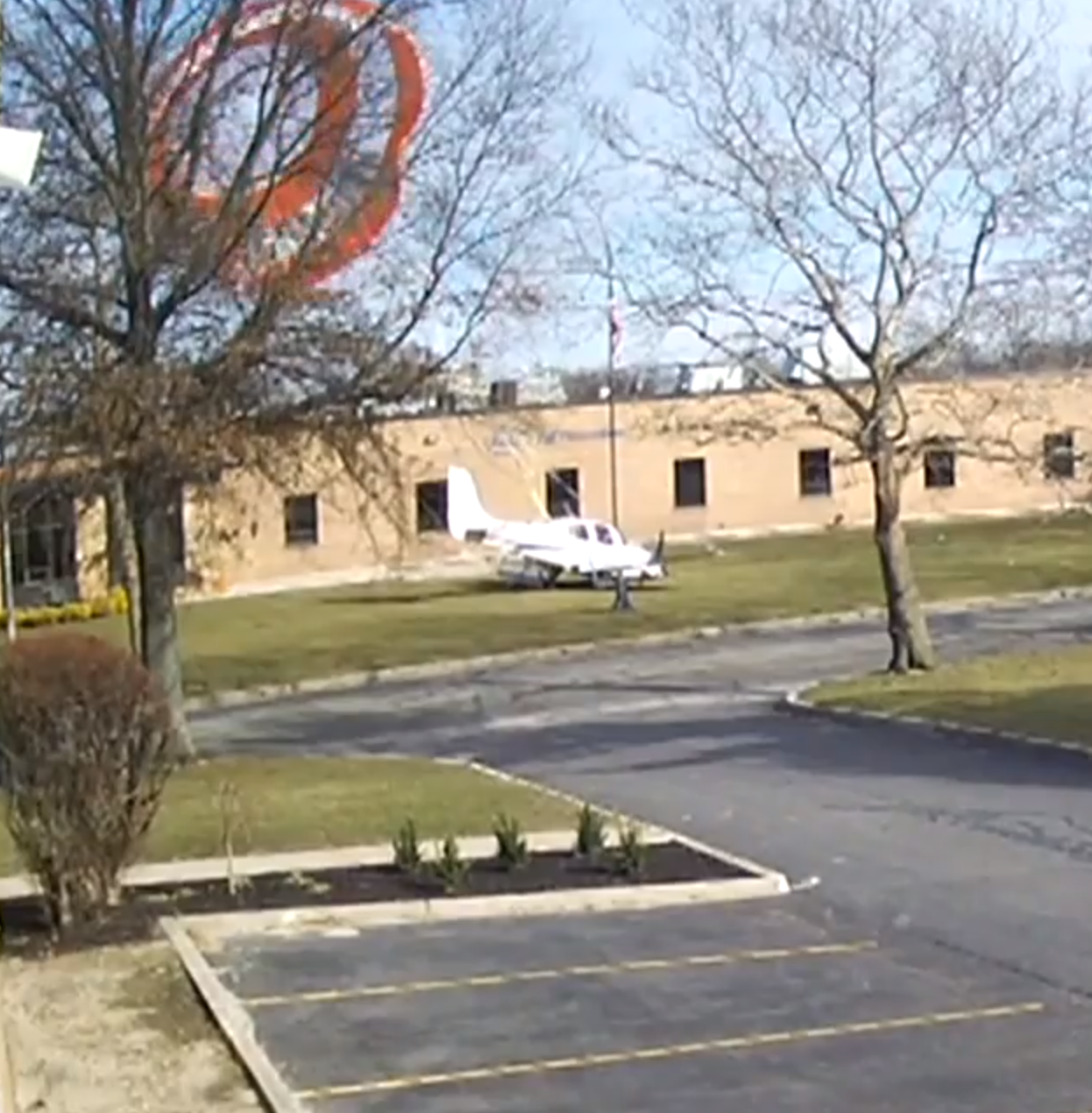 A father and daughter walked away from a crash in Long Island over the weekend after deploying the parachute in their Cirrus SR22, with a lucky landing caught on video. “The engine died, and I pulled the parachute, and we landed,” pilot Louis Obergh told local reporters. “We got very lucky.” The security-camera video clearly shows the impact of the abrupt landing, and also shows how close the airplane was to an industrial building and trees. Shortly after the airplane hits the ground, the chute can be seen collapsing. The FAA said the pilot reported engine trouble about 3 p.m. on Saturday as the airplane approached Republic Airport in Farmingdale, N.Y.

The pilot and his daughter Rachel were returning home from a trip to look at colleges in Rhode Island. Obergh said he had already started to descend to the airport and was flying at about 2,000 feet when the engine died and wouldn’t restart. At least two other Cirrus chute deployments have been caught on camera. In Fayetteville, Arkansas, last November, a Cirrus came down next to a busy freeway after the chute was deployed, and in January 2015, the U.S. Coast Guard recorded a deployment at sea.

Video from the New York deployment is posted here.