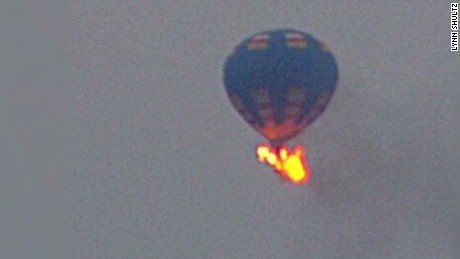 In the wake of the NTSB report on the deadly hot air balloon crash at Lockhart, Texas, a bipartisan group of three Texas congressmen and Sen. Ted Cruz, R-Texas, have introduced bills in both chambers to require medical certificates for operators of hot air balloons. Pilots of hot air balloons are not currently required to have a medical certificate, even at the commercial level. Alfred “Skip” Nichols, 49, the owner of Heart of Texas Balloons and the pilot on the day of the Lockhart accident that killed 16 people, had Valium, oxycodone and the antihistamine Benadryl in his system on the day of the crash, said the NTSB. The combined effect was enough to mimic “the impairing effect of a blood-alcohol level” of a drunk driver, said Dr. Nicholas Webster, a medical officer with the NTSB. Requiring medical certification for lighter-than-air pilots was one of the NTSB’s post-crash recommendations.

Although entitled the “Commercial Balloon Pilot Safety Act of 2017,” the Senate bill would apply to all levels of balloon certificate holders. The body of the brief act reads, “Not later than 180 days after the date of the enactment of this Act, the Administrator of the Federal Aviation Administration shall revise part 61.3(c) of title 14, Code of Federal Regulations (relating to medical certificates), to apply to operators of air balloons to the same extent such regulations apply to operators of other aircraft.”

AVweb reported on the Board’s findings when they were released earlier this month.