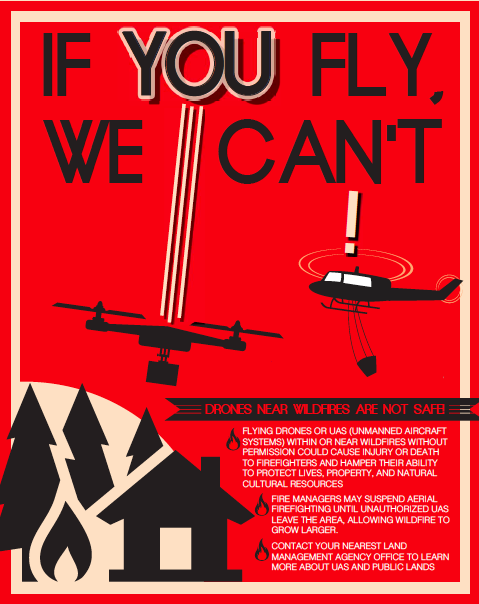 Both the good and bad potential of unmanned aircraft systems made the news over the weekend, as the first FAA-OK’d drone delivery of medicine took place in Virginia, and in California, five drones buzzing around a wildfire delayed air operations for 20 minutes while the fire spread. The California drones were presumably operated by hobbyists who wanted video of the fire, which blazed close to a busy freeway in the Los Angeles area. “Fortunately, there were no injuries or fatalities to report,” said local fire department spokesman Eric Sherwin, “but the 15 to 20 minutes that those helicopters were grounded meant 15 to 20 minutes were lost that could have led to another water drop cycle, and that would have created a much safer environment and we would not have seen as many citizens running for their lives.”