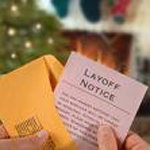 Eclipse Aviation says it will be able to pay its workers on Tuesday and has asked them to report for work as usual on Monday. The company, which sent home workers without their paychecks last Thursday and left it up to them whether they stayed at the plant, did not say what caused the delay in paying them. Also, Cessna has announced that about 500 jobs will be cut from its Wichita workforce by January and 165 (of 420) will be lost at Bend. Hawker Beechcraft has announced a cut of 490 people; and Piper has announced a reduced workweek program to save the company money, but retain jobs. Cirrus already announced layoffs in September, affecting about 8 percent of its workforce. Being aircraft companies, the losses are complicated, could effect city and state incentive packages previously arranged to support the companies and promote job growth, and could easily extend to suppliers.

Piper, which has an agreement with Florida to stay in the state and receive $32 million in incentives, needs to increase its workforce to 1400 and build the PiperJet, to see that money. The jet’s development costs have been estimated at more than $100 million — a figure on par with the size of the incentive package ($100 million over 20 years) Eclipse says it received from local government in New Mexico. Cessna has a deal with Kansas, Wichita and county officials worth “tens of millions” (about $43 million), according to The Wichita Eagle, that requires the company to build a plant, put 1,000 people in it and produce Citation Columbus jets by 2014. Business jet shipments continue to be good and Cessna intends to honor that deal. Beechcraft’s 5 percent workforce cut comes along with lowered production targets for 2009, and Cirrus’ layoffs (of about 8 percent of its workforce) are a reaction to similarly lowered expectations for sales this year.