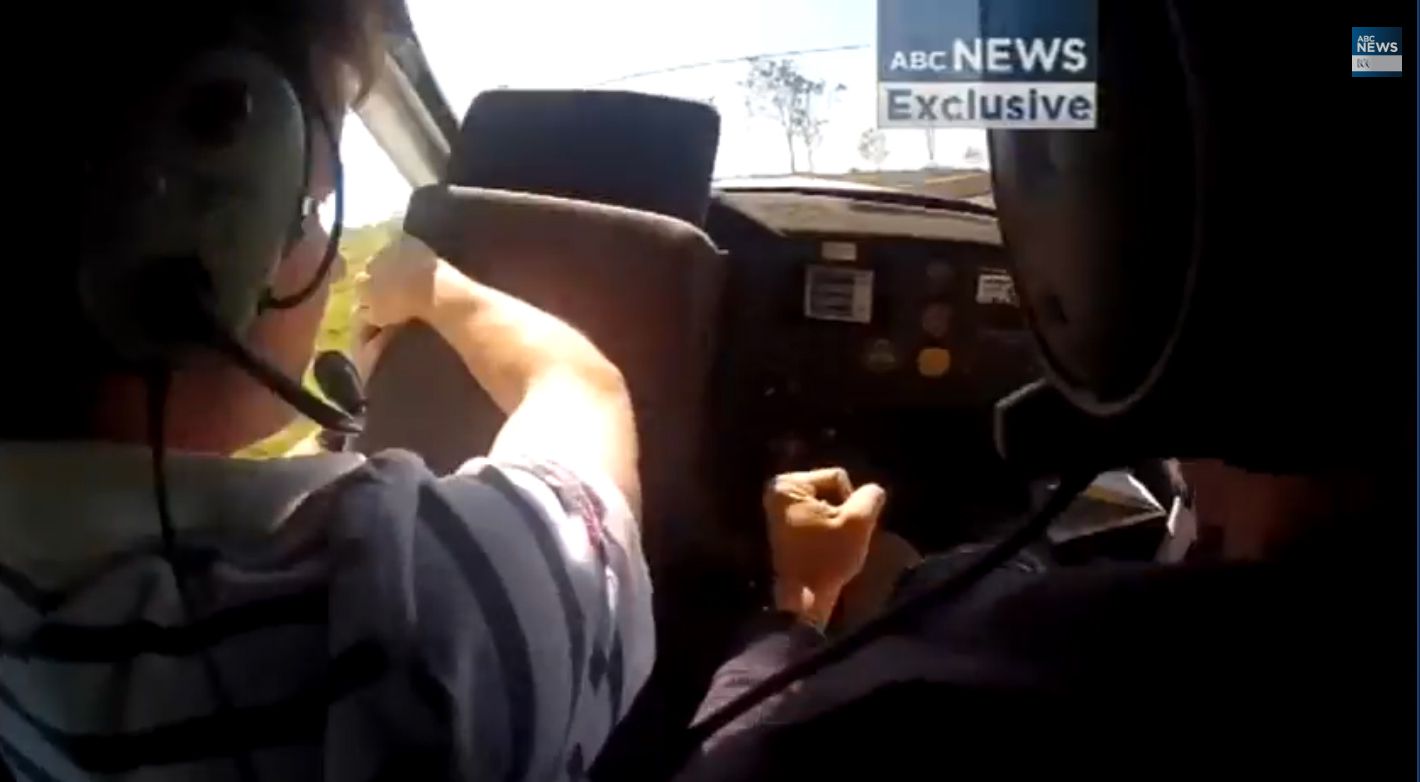 A 22-year-old instructor suffered an engine out while flying with his 18-year-old student in a Jabiru J-170 at Victoria Point, Australia, two weeks ago and all ended ruggedly, but well, for the pair in a sequence that was captured by an in-cockpit video recorder. Authorities are investigating the cause of the off-airport landing while onlookers are impressed by the apparent calm displayed in the cockpit as the aircraft descended and the pair made preparations. The flight was a first for student Josh Matica who was at the controls when the aircraft’s engine surged. Instructor Doug Field took over and quickly calculated that from their 1,100 foot altitude they’d be on the ground within two minutes. Field not only got off an emergency call, but also prepared his student for a rough landing among limited options.

Field managed to put the airplane down in a pasture, evading a small pond, a tree and a pumphouse but was unable to stop the aircraft after it landed before making contact with a barbed wire fence. Field even managed to retrieve seat cushions from the rear of the aircraft, giving them to his student to shield the student’s upper body from direct contact with the aircraft’s instrument panel. A statement released by Pathfinder Aviation, which owns the plane, called the event a “textbook execution of the forced landing procedure.”