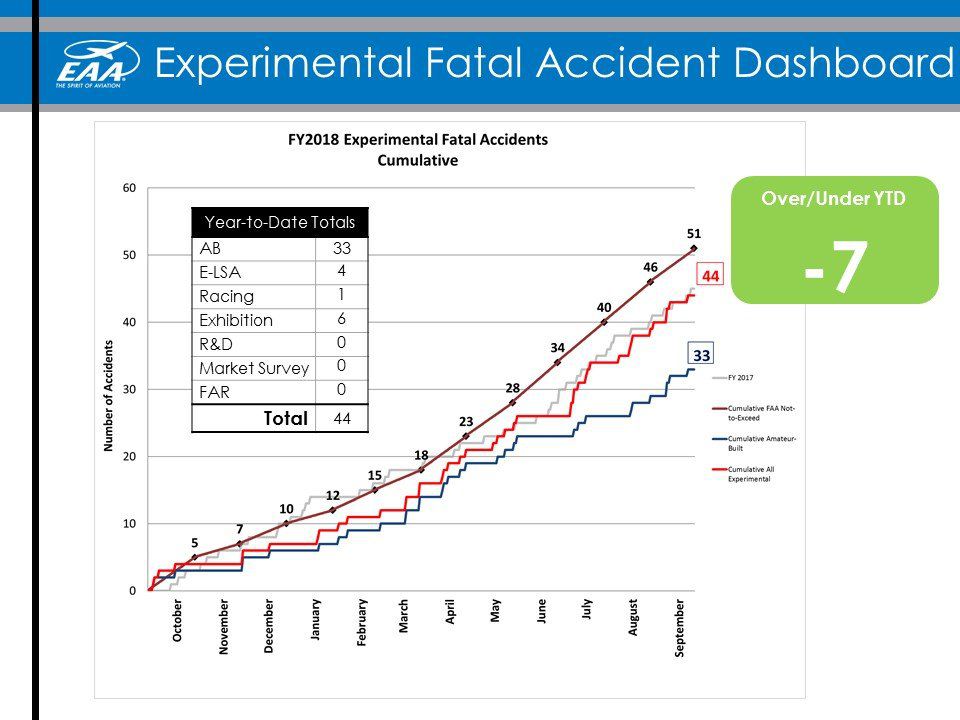 The number of fatal accidents in experimental aircraft has declined for the fourth year running, according to the Experimental Aircraft Association (EAA). Just 44 fatal accidents were recorded for the period between Oct. 1, 2017, to Sept. 30, 2018, for experimental category aircraft including amateur-built, racing, exhibit-only, research and development and some types of light-sport aircraft.

“These are historic lows for fatal accident in amateur-built and experimental category aircraft,” said EAA Vice President of Advocacy and Safety Sean Elliott. “In addition, the FAA in 2010 challenged the aviation community to reduce the accident rate by 10 percent over the next decade. We are proud to say through a focus on safety, that goal was reached in just eight years, two years earlier than anticipated.”