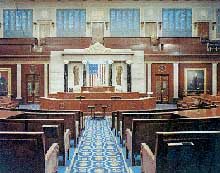 The FAA Reauthorization Act of 2009 (H.R. 915), drafted without user fees, has met the approval of the House Transportation and Infrastructure Committee, but AOPA warns fees may still be an issue. The Ways and Means Committee, which is next in line and takes charge of imposing taxes, has so far been opposed to user fees. But that committee says it will have to look at President Obama’s budget details (due in early April) before it makes a determination on FAA reauthorization. NextGen modernization efforts may require more funding than is provided by fuel taxes and amid a push for transportation infrastructure stimulus money, upgrades to the system may be deemed necessary. General aviation aside, the bill, in its current form, may make alliances between U.S. and foreign airlines tougher to come by and expose airlines previously granted antitrust immunity to loss of that status.

Under the bill, airlines that currently enjoy antitrust immunity would lose that benefit in three years from the date the legislation is signed into law. Making its argument economically relevant, the Air Transport Association has suggested that such a move could cost airlines up to 15,000 jobs and make lost the millions of dollars invested in integrated operations.