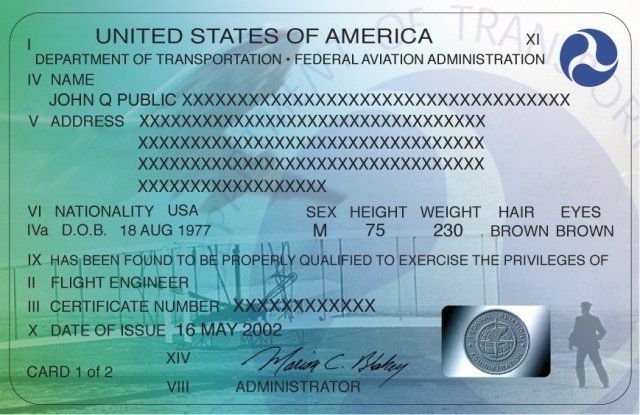 Under a new rule released today by the FAA, student pilots will no longer get their student pilot certificate from an aviation medical examiner. Instead, they can apply in person at a FSDO, through a designated pilot examiner, with a Part 141 flight school or a CFI. The TSA will vet the application, and then a plastic certificate will be sent to the student by the Civil Aviation Registry. Earlier proposals to charge a $22 fee and require a photo have been withdrawn. Student pilots still will have to visit an AME to acquire a separate medical certificate. The new rule takes effect April 1.

Student pilots who already have a paper certificate can continue to use it until it expires, according to the rule. Plastic replacements can be requested, but there will be a $2 fee. How long it will take for the TSA to complete its vetting process is not clear. The FAA says it will“take steps to expedite student pilot applications … so they may exercise the privileges of the certificate as soon as feasible.” The FAA estimates that the turnaround time “can be reduced to an average of 3 weeks or less, provided that initial security vetting by TSA indicates that the applicant is eligible for the certificate.” If an applicant is deemed ineligible by the TSA on security grounds, he or she will be able to appeal that decision through the TSA’s administrative procedures.

David Oord, AOPA’s vice president of regulatory affairs, told AVweb today AOPA is hopeful that timeline can be expedited. Some schools, he said, try to solo students soon after they start, “similar to AOPA’s ‘one week to solo’ project at last year’s Sun n Fun.” For now, he said, instructors and students should submit their student pilot application as soon as possible to be sure the certificate is issued in time for solo.

The FAA says it has another NPRM in the works that would require all pilot certificates to be resistant to tampering, alteration and counterfeiting, and to include a photograph and “biometric information.” The new rule issued today began with an NPRM issued in November 2010. The FAA received about 470 comments on that proposal.