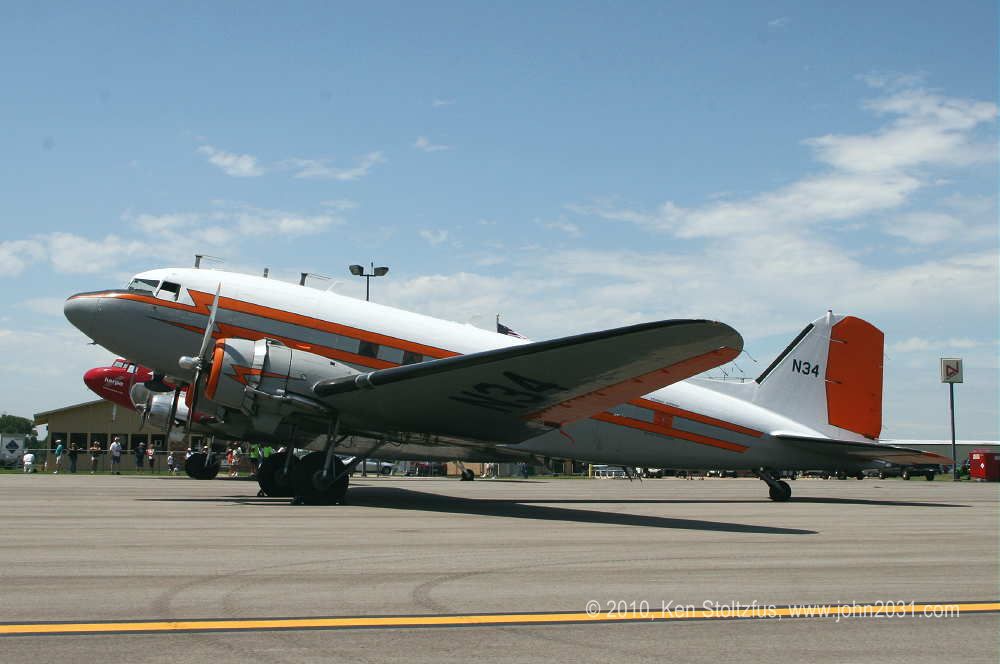 The FAA has formally retired its last DC-3 and the faithfully restored N34 has made its last flight to the Texas Air & Space Museum in Amarillo. The aircraft was acquired by the agency in 1958 and it flew around the U.S. as a navaid inspection platform. It retired from that duty in 1981 (King Airs now fill that role) but even the FAA gets nostalgic at times and the decision was made to keep the old aircraft in a promotional role. When it wasn’t in proper storage, it traveled to airshows as an ambassador for the agency. In 2002 it got a major makeover.

The FAA did a nose-cone-to-stinger restoration of the aircraft to help mark the centenary of the Wright brothers’ first flight. N34 went on the show circuit for the year and was seen by thousands of aviation buffs. Since then it’s been flown for special occasions and put on some hours for the 50th anniversary of the FAA in 2008 and 2009. It flew from its home base in Oklahoma City to Amarillo last week and that was almost certainly its last flight. One of the conditions placed on the donation to the museum was that it not be flown. It will go on display March 1.