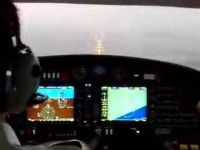 In a cost-cutting move, the FAA will soon announce a program to cancel approaches at some airports after several years of intense activity to provide procedures to airports that had been inaccessible in instrument weather. Sources told AVweb last week that a formal announcement of the program will come from the FAA in a few weeks. The FAA says it incurs flight check and obstacle survey costs for hundreds of approaches that are used very little, if at all.

The agency began deliberations on the cancelation program last week and has involved at least one alphabet, the National Association of State Aviation Officials. AVweb’s checks with other industry groups, including AOPA and GAMA, generated no responses. The agency will reportedly develop criteria for approach cancellations by the end of the year.