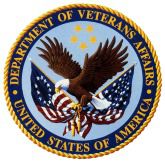 A new version of the G.I. Bill, which was signed into law last week by President Barack Obama, could provide funding for veterans who want to pursue flight training, according to AOPA. “This bill is a big step forward for both active-duty members of the armed services and for veterans,” said Melissa Rudinger, AOPA’s senior vice president of government affairs. Effective Oct. 1, flight students may be eligible for up to $10,000 per academic year. However, AOPA noted, Congress will have to pass an additional appropriation bill before any money is made available for veterans, and that may not be easy.

“At a time when Congress is focused on cutting expenses and reducing the federal deficit, securing the appropriation may prove challenging,” said Lorraine Howerton, AOPA vice president of legislative affairs. “As the appropriation process moves forward, AOPA will remind Congress of the strong support for the original bill and urge members to find a way to fund the program.” Under the current Post-9/11 GI Bill, which covers most recent veterans, no benefits are provided for flight training. However, veterans covered under some earlier versions of the bill have been eligible for up to 60-percent reimbursement for flight training beyond the private pilot certificate.