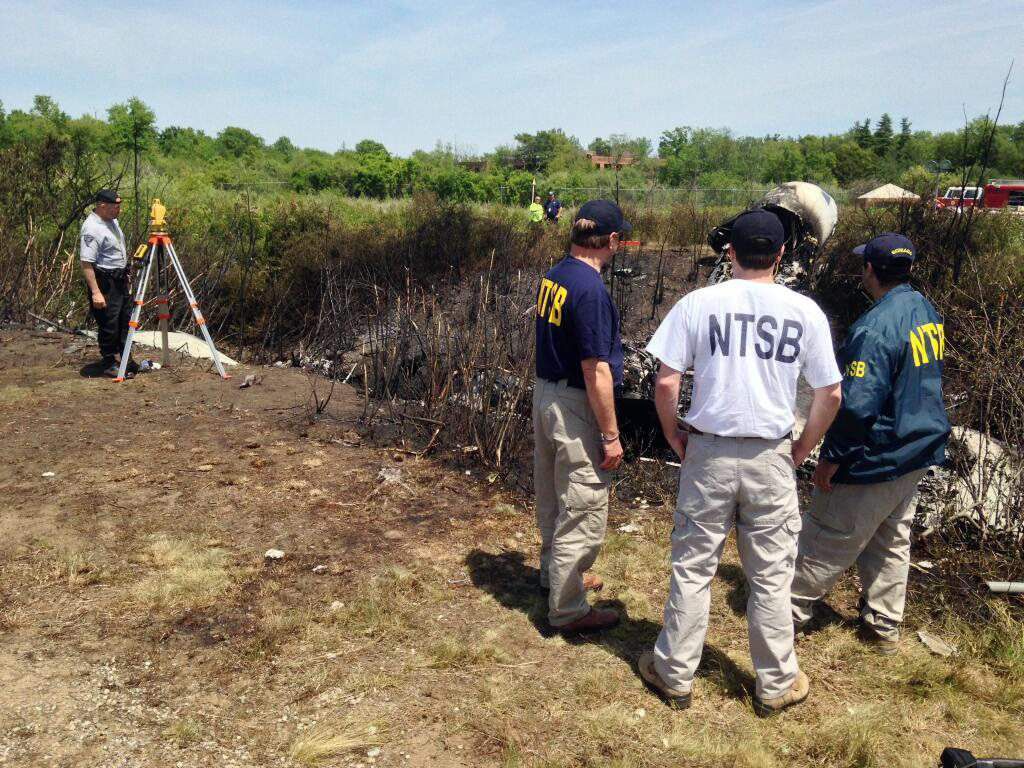 Today, the NTSB released its preliminary accident reporton the May 31, 2014, fatal accident of a Gulfstream G-IV at Hanscom Field, Bedford, Mass.-it stated that although the mechanical control lock was in the off position, the Fight Data Recorder (FDR) indicated the elevator position throughout the event was consistent with the control lock being engaged. Review of FDR data parameters associated with the flight control surface positions did not reveal any movement consistent with a flight control check prior to the commencement of the takeoff roll. However, the control lock handle, located on the right side of the control pedestal, was found in the forward (off) position, and the elevator control lock latch was found not engaged.

In addition, there was an inconsistency between the flap setting on the flight deck and the position of the flaps themselves. The flap handle in the cockpit was observed in the 10-degree detent. FDR data indicated a flap setting of 20 degrees during the takeoff attempt.

According to the NTSB, initial review of Cockpit Voice Recorder (CVR) and FDR data revealed that the airplane’s ground roll began about 49 seconds before the end of the CVR recording. The CVR captured callouts of 80 knots, V1, and rotate. After the rotate callout, the CVR captured comments concerning aircraft control. FDR data indicated the airplane reached a maximum speed of 165 knots during the takeoff roll and did not lift off the runway. FDR data further indicated thrust reversers were deployed and wheel brake pressures increased as the airplane decelerated. The FDR data ended about 7 seconds after thrust reverser deployment, with the airplane at about 100 knots. The FDR data did not reveal evidence of any catastrophic engine failures and revealed thrust lever angles consistent with observed engine performance.