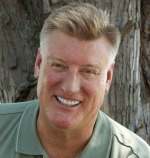 In a surprise announcement Monday, EAA President and CEO Rod Hightower said he was stepping down effective immediately. The decision came following an EAA board of directors meeting in which former Cessna CEO Jack Pelton was elected chairman. EAA spokesman Dick Knapinski said Pelton will oversee the search for a new president for the organization. “I will be working closely with the EAA board of directors to ensure a seamless transition to a new leader,” Pelton said. He will meet with staff on Tuesday. Hightower said he was leaving due to family concerns. “When I accepted the position two years ago I believed that we could as a family relocate to the Oshkosh area,” he said. But with five kids still in school, “It would simply be too great a hardship on my family to move them.” Pelton said he and the EAA board members “thank Rod for his service [and] understand how difficult it is to relocate a family of school-age children.”

Pelton added: “EAA, as all of aviation, faces many challenges with the continuing economic slump and the decrease in personal aviation participation. As an association we must remain focused on the original mission of our founder, Paul H. Poberezny, to welcome all members no matter what they fly, celebrate our volunteers, and treat our employees fairly.” Hightower joined EAA in July 2010 as president, while Tom Poberezny stayed on as CEO. In July 2011, Poberezny announced his departure, leaving Hightower at the helm. Early this year, Hightower “realigned” EAA’s staff, and eliminated about 30 jobs, many of them held by longtime employees well-known in the aviation community. AOPA President Craig Fuller said on Monday that during Hightower’s tenure, “AOPA and EAA enjoyed an unprecedented level of collaboration that has served members of both organizations well. Our associations have committed to working together to protect general aviation interests, promote GA safety, and grow the GA community in the United States.”